Greek distributors and exhibitors face uncertainty as the country’s financial future hangs in the balance. 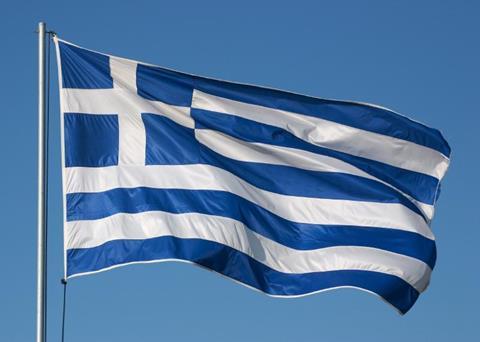 As the future of Greece in the Eurozone and the EU itself acquires ever more dramatic dimensions, local distributors are bracing for the worst. Contracts signed with international sales agents are being closely scrutinised to decide whether renegotiations are possible in cases of need.

According to Rosebud 21’s Zinos Panagiotides, who consulted with other key distribution outlets such Odeon, Feelgood Entertainment and Spentzos before speaking to ScreenDaily, the distribution market will remain under control through mid-August in spite of the dramatic decline in admissions since the start of the year.

Industry forecasts for 10 million admissions for 2014-15 (an increase from under 9 million the previous three years) have been shelved in the wake of the current crisis.

While 70,000-80,000 admissions are an average for Greek weekends, this figure plummeted 47,000 in the first weekend of July, as the crisis escalated and the country geared up for the July 5 referendum that resulted in 61% of voters backing the government’s rejection of proposed EU austerity measures.

The steep decline in admissions and uncertainty over the country’s future forced distributors to cancel a number of releases due to open just before the referendum.

Panagiotides pointed out that while contracts for films opening between now and mid-August have already been paid, the real problem will start showing up after that date.

Contractual payments due on films set to launch after August 15 have to be made at the end of July or early August.

If the country is forced (or chooses) to leave the Eurozone and re-introduce a hugely devaluated drachma, Greek distributors are likely to be forced to ask for renegotiations from international sale agents.

Films due to premiere between mid-August and the end of the year include Woody Allen’s Irrational Man and Quentin Tarantino’s The Hateful Eight (Odeon), Sleeping With Other People and Queen Of The Desert (Spentzos), Star Wars: The Force Awakens, Taxi and Farewell Party (Feelgood), The Man From U.N.C.L.E (Tanweer), Standing Tall (Rosebud 21) and Return To Ithaca (Strada).

More than 300 films are released in Greece every year. Many in the local industry feel that’s too many for such a small market, with another outcome of the economic crisis likely to be a reduction in future acquisitions by local distributors.

It remains to be seen how international sales agents react to Greek distributor pleas to renegotiate their contacts, although when ScreenDaily spoke to Celluloid Dreams’ Hengameh Panahi at the Karlovy Vary International Film Festival, she indicated she would be attentive to such requests.

Panahi added that she would consider waiving her own sales commissions as well as speaking to the producers of the films she represents about accepting renegotiation of contracts.

Titles acquired this year from Celluloid yet to open in Greece include Palme d’Or winner Dheepan (Seven) and Jafar Panahi’s Taxi (Feelgood).

The crisis and its uncertain aftermath is impacting all sectors of the Greek film industry.

Some exhibitors have responded to the crisis by reducing ticket prices from €8 to €5.

On the production side, the state-subsidised Greek Film Center has been unable to grant any funding to new local productions for the past six months, having been brought to a standstill due to the absence of a general director because and legal wranglings involving the Culture Minister.

Further funding of the GFC by the ministry could be seriously affected if Greece is driven out of the Eurozone.