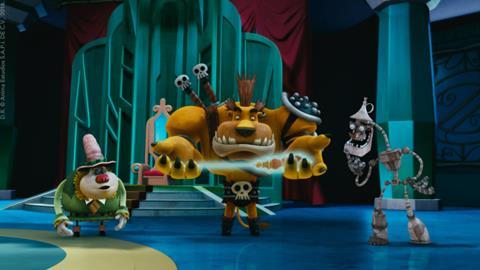 Alberto Mar directed the animation set within the Wizard Of Oz universe created by L Frank Baum and told from the perspective of the titular characters as they fight to free themselves from the rule of the wicked witch.

“This is such a fresh and unique look at the world of OZ. Kids and their families are sure to be enchanted,” said Wertlieb.