The double Oscar-winning cinematographer who worked on One Flew Over The Cuckoo’s Nest died in hospital in Santa Monica on Sunday. He was 93. 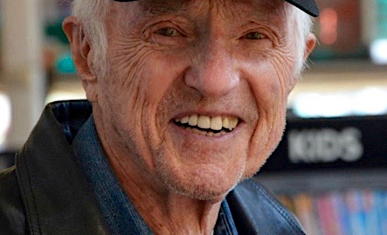 Haskell Wexler was nominated five times for the Academy Award and won twice for Who’s Afraid of Virginia Woolf? in 1967 and Bound For Glory ten years later.

His other three nominations came for One Flew Over The Cuckoo’s Nest (shared with Bill Butler) in 1975, Matewan in 1987 and most recently Blaze in 1990.

Wexler was born in Chicago and joined the Merchant Marines before returning home to make documentaries and educational films. He remained politically aware after moving to California and directed Medium Cool in 1969, about the 1968 Democratic National convention.

His son Jeff Wexler posted the following notice on his website: “It is with great sadness that I have to report that my father, Haskell Wexler, has died. Pop died peacefully in his sleep, Sunday, December 27th, 2015.

“Accepting the Academy Award in 1967, Pop said: ‘I hope we can use our art for peace and for love.’ An amazing life has ended but his lifelong commitment to fight the good fight, for peace, for all humanity, will carry on.”

“On behalf of the International Cinematographers Guild and me, we are deeply saddened by the death of one of our most esteemed board members, Haskell Wexler. Haskell’s cinematography has always been an inspiration to so many of us not only in the Guild, but in the entire industry. His steady focus on safety over the years further demonstrates his commitment to the welfare of the crew and our industry.

“I was first introduced to Haskell on the set of Medium Cool in Chicago’s Lincoln Park in 1969. It was a day I will always remember – he was one of the greats. He and I went on to have many discussions over the years about cinematography and about the role of the union. Although he had his differences with the Guild over the years, we admired his dedication and passion to be an instrument for social change.

“Haskell joined the union in 1947. He served on the Local 600 board for many years and remained a dedicated board member right up to the end. He attended his last meeting just two months ago in October. He fought vigorously for a better quality of life for the members – particularly around the issue of long hours. He was a force to be reckoned with.

“I still have a handwritten note from Haskell that came following a particularly intense debate at the union hall. It said: ‘You’re a good union man.’ We can say the same about Haskell.