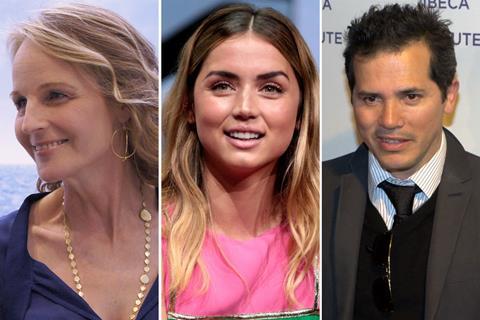 Sheridan, WulfPak Productions’ David Wulf, and Highland Film Group are producing, while Santosh Govindaraju, Dan Reardon and Robbie Brenner are on board as executive producers.

Convergent Media is financing the film, and Highland handles international sales and jointly represents US rights with The Gersh Agency.

Sheridan will play a night clerk on the autism spectrum who becomes a suspect in the murder investigation of a young woman. When he befriends a young guest at the hotel where he works, he must save her from the real killer.

Hunt is currently in production in Cleveland on the thriller I See You. Her recent directing credits include episodes of ABC’s Splitting Up Together, FX’s Feud, NBC’s This Is Us and CBS’ Life In Pieces.

The Highland Film Group slate also includes The Manuscript starring Morgan Freeman; starry ensemble Berlin, I Love You; and the remake of The Crow, which it is producing and financing.