The Hobbit: The Battle of the Five Armies retains UK box office lead 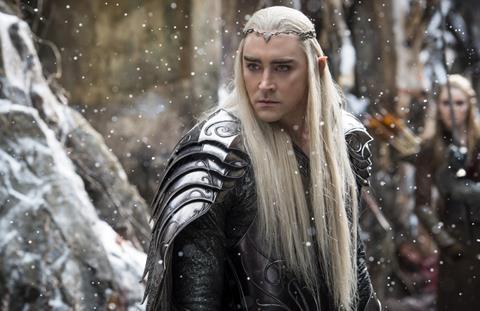 Replicating its predecessors, The Hobbit: The Battle of the Five Armies has retained top spot at the UK box office for the second straight week.

At the same stage in their runs, The Desolation of Smaug stood at $31.3m (£20.01m) and An Unexpected Journey stood at $37m (£23.7m), although the latter had an extra day of release due to opening previews.

Its total at the end of the year will give a clearer indication where The Battle of the Five Armies in relation to The Desolation of Smaug’s and An Unexpected Journey’s final results of $67.4m (£42.9m) and $81.2m (£51.7m), respectively.

Falling a slim 14% in its fourth weekend, Paddington held off all newcomers to remain in second place with $3.9m (£2.5m).

StudioCanal’s big screen outing for the marmalade-loving bear is now up to a terrific $28.3m (£18.1m) and, with schools now closed for the festive period, will start to see a boost in its midweek takings which should see it past £20m just after Christmas at the very latest.

This week’s highest new entry came in the form of Night at the Museum: Secret of the Tomb with a UK debut of $2.9m (£1.9m) from its 516 sites seeing it chart third.

Both previous Night at the Museum outings hit £20m in the UK, a target that looks unlikely for the third film unless it enjoys a bumper festive period.

Universal’s comedy sequel achieved the second highest UK debut for the Farrelly brothers behind There’s Something About Mary’s $3.2m (£2.1m) from 315 sites, which also went on to become their best performer in the UK at $24.9m (£15.9m).

It will need to make the most of the next couple of days as, like Get Santa, it’s sure to face steep drops post-Christmas.

New Year’s Day sees saturation releases for Universal’s The Theory of Everything and eOne’s The Woman in Black: Angel of Death. Fox’s Birdman receives a wide release, while Curzon Film World’s Enemy is among the films receiving a limited release on Jan 2.