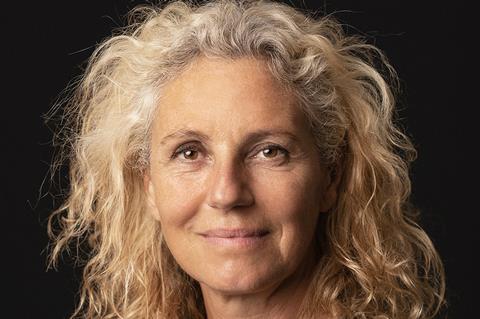 Renowned Danish film and TV director Charlotte Sieling, whose credits include 2017 feature The Man, as well as TV series Borgen, The Bridge, Homeland and The Americans is planning her largest-budget film to date, the $8m period drama Margrete.

Margrete is based on “the true story of the strongest, most fascinating but also most under-exposed ruler that Scandinavia has ever seen,” Sieling revealed.

At a time when most women were second-class citizens, in 1397 Margrete The First was the first person to merge Denmark, Norway and Sweden into one sovereign nation In 1402, chaos broke out when a man came forward from Germany claiming to be Margrete’s son who died 15 years earlier at the age of 17. It puts her position in jeopardy as well as her adopted son’s plans to marry into English royalty.

“It’s a violent time and she has to look over her shoulder,” Sieling explained. The film will concentrate on one pivotal month in Margrete’s life.

Jesper Fink, who recently co-wrote Michael Noer’s Before The Frost, is writing the script.

The project is being produced by Lars Bredo Rahbek, head of production in Denmark for SF Studios and Birgitte Skov, whose credits include Man Divided, and Borg Vs. McEnroe. Bredo Rahbek first started developing the project when he was at Nimbus Film and then brought it with him into SF.

“There is no one to compare to Margrete, she was such a strategist,” said Bredo Rahbek. “She gains power and she effectuates it in a different way than a man does.”

While Margrete will be a very different kind of film, Sieling said she sees thematic similarities with her last feature, The Man (Mesteren), in which Soren Malling played a contemporary artist who has a strained reunion with his estranged son, “I realised at some point there is the same set up – a man in his castle, a woman in her castle, and a son knocking at the door,” the director explained.

Sieling said she wants to show a well-rounded monarch, including her sex life.“This woman is 50 years old. In this man’s world, she’s in power. And we have to bring her sexual life into that, and her motherhood. We need to explore this woman on many different levels.”

The Danish Film Institute has  backed the project - which is budgeted at approximately $8m (€7m) -  with development funding and Bredo Rahbek and Skov are now out to financiers. They hope to bring Nordic and international partners  on board. “Big-budget period movies tend to be sucha male domain,” said Bredo Rahbek. “We have such good female directors in Denmark but they don’t usually get that higher budget level.”

Sieling is not a stranger to big budgets. She is a veteran TV director working on big US shows like Homeland and The Strain, as well as Danish hits The Bridge, Borgen and The Killing.

Bredo Rahbek and Skov expect to shoot in autumn 2019 in Scandinavia as well as Eastern Europe. The dialogue will be in Norwegian, Danish and Swedish with some English and German.

The team are talking about cast now. Sieling said, “We have such strong Scandinavian actresses, this can be cast with an amazing lead.”

Sieling hopes Margrete will feel alive for modern audiences. “We are going to be close to reality story-wise and politically, but then all the moments when we can mirror ourselves into it, we’re going to do that,” she said.

“I want to break the code and go my own way, but you have to start by knowing reality and studying everything from that time, but the information surrounding the mystery is intriguing but also quite sparse, so we can invent it too. I want to make a very modern movie.”

Sieling also pointed out Margrete was very ahead of her time in terms of policies for women. “Margrete made this feminist legislation that any woman who had been assaulted during war could come get money at her castle.”