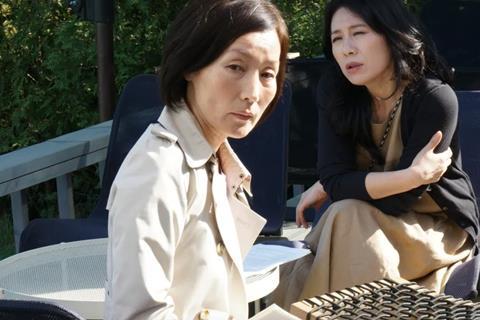 Cinema Guild has picked up all US rights from Finecut to South Korean auteur Hong Sang-soo’s In Front Of Your Face ahead of its world premiere in the inaugural Cannes Premiere section.

The distributor has a set a 2022 launch for the drama, which marks Hong’s eleventh visit to the Croisette and stars Lee Hyeyoung, Cho Yunhee, and Kwon Haehyo.

In Front Of Your Face follows a former actress with a secret who returns to Seoul to live with her sister in a high-rise apartment and meets a director to discuss her return to acting.

The film marks Hong’s first trip to Cannes since he debuted both Claire’s Camera, which Cinema Guild released, and The Day He Arrives at the festival in 2017. His Hahaha won the Un Certain Regard prize in 2010.

“To say too much about In Front Of Your Face would be to spoil a surprise that really made us sit up in our chairs when we saw it,” said Cinema Guild president Peter Kelly, who negotiated the deal with Finecut CEO Youngjoo Suh. “Once again Director Hong has worked his magic and given us a film of extraordinary power through the simplest of means.”

The US distributor also released Hong’s On The Beach At Night Alone, winner of the 2017 Berlin Silver Bear for best actress.