How casting has been transformed by the pandemic 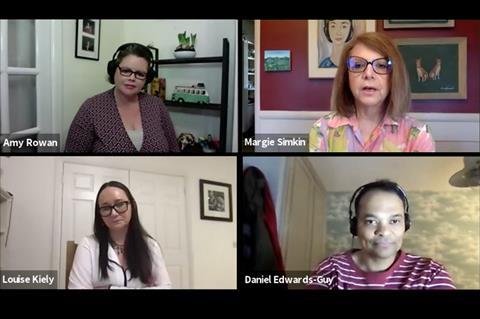 Leading international casting directors are now “traversing the planet” in a day and expanding their search to hundreds of international performers as a result of methods employed during the virus crisis.

Ireland’s Louise Kiely, whose casting credits include UK-Ireland drama Normal People and upcoming Ireland-Canada-US feature The Green Knight (produced for for Bron and A24 and shot in Ireland), discussed the ‘new normal’ on a virtual panel at the Dublin International Film Festival.

“We had a day where [casting director Karen Scully] and I started in Australia and went via Paris to the UK, Ireland, over to the east coast of America and the west coast,” she said of how technology such as Zoom video conferencing has opened up the casting process.

“It was a long casting day, but one of the producers said, ‘We’ve actually just traversed the planet’. It was hugely efficient, the actors were amazing and we got tons from it… The more auditions you have, the more you get seen, the more you’re in the memory.”

US casting director Margery Simkin, whose career began in the 1980s on Beverly Hills Cop and Top Gun and more recently cast the upcoming Avatar sequels, sees the future as a blend of self-tapes, live video conferencing and in-person casting.

“What we decided to do early on in this [pandemic] process is to try to narrow things down in a different way, instead of duplicating what we did in the outside world, which is doing Zoom casting sessions all day as if we were doing regular casting sessions,” said Simkin.

“Self-tapes are not the same as an actor in the room. But they’re really good for letting more people see more people. In a big day, I could never see more than 35 or 40 people and that’s a killer exhausting day. This way, I can see 300 people for a part, and then - out of that - we would narrow it down.

“Also because of the pandemic, people are used to talking to their friends and family on Zoom so the emotional connection is not as foreign as when we all started out.”

In an industry where self-tapes have become commonplace, the casting industry was already well placed to adapt to the constraints that the past year have brought. While dramatically and directly impacted by the first wave of the pandemic in spring 2020 - and the global production shutdowns that followed - the industry is moving at a brisk pace as filming resumes amid a global demand for storytelling.

The UK’s Daniel Edwards-Guy, whose casting credits include UK TV drama’s Line Of Duty and Ripper Street, said how he had been extremely busy in recent months, as postponed projects resume production and new projects move forward.

“I’m now on six shows, me and my team,” he said. “They are shows that would have shot last year and shows that were good to go this year. I’ve never been so thankful for the tech. I’ve only had two real-life castings.”

Dublin-based casting agent Amy Rowan, who worked on Irish comedy and DIFF closing film Deadly Cuts, recalled that when the business came to “a complete stop” last March, the industry assessed how to safely get back to work.

“Thanks to the good work of Screen Ireland and the other people who worked on the Covid plan, we got back up and running,” she said. “Now that we’re all used to doing things remotely and on Zoom, we have this amazing access to people. But definitely the casting room, for feeling the energy of actors, is something that I’d like to get back to.”