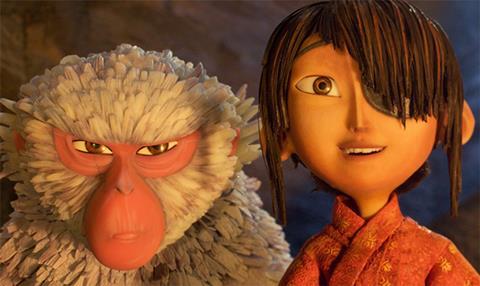 Annapurna Pictures will distribute LAIKA’s Film Five in the US, which will feature the voice talent of Hugh Jackman, Zoe Saldana and Zach Galifianakis.

“Our next film represents an evolutionary shift for LAIKA,” said LAIKA president and CEO Travis Knight. “Director Chris Butler and the wizards at LAIKA have crafted a moving work of art, layered with wit and imagination and soul. It’s a privilege to work with Megan and her exceptional team at Annapurna to bring this beautiful original story to the world.”

“We’re excited for the opportunity to collaborate with Travis and the amazing team at LAIKA,” Annapurna founder and CEO Megan Ellison said. “We appreciate their trust and look forward to having some fun together.”

LAIKA’s previous film Kubo And The Two Strings (pictured) earned an Oscar nomination and followed The Boxtrolls, ParaNorman, and Caroline.