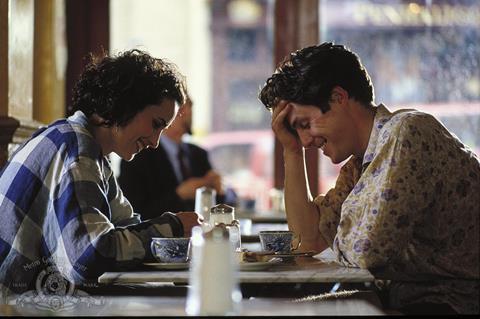 US streamer Hulu has ordered Four Weddings And A Funeral, a limited series from Mindy Kaling and Matt Warburton inspired by the 1994 rom-com, and renewed The Handmaid’s Tale for a third season.

Hulu top brass announced the developments at the upfront presentation in New York, where the company also said it has now passed the 20m subscriber mark in the US.

Kaling and Warburton, who previously teamed on sitcom The Mindy Project, will write and serve as executive producers on the Four Weddings series, which will follow a group of friends as their lives intersect through five events.

MGM Television and Universal Television will produce the series, with Tim Bevan and Eric Fellner from Working Title (the production company on the original UK feature) also serving as executive producers together with Jonathan Prince and 3 Arts’ Howard Klein.

The Handmaid’s Tale gets its renewal 10 days after the start of the second season on Hulu. The first season earned the show both the Emmy and Golden Globe for best drama.

The Hulu upfront also provided details of the anthology horror series from Blumhouse Television. Titled Into The Dark, the series will comprise 12 monthly episodes inspired by a holiday in the month of release. Paul Davis will direct the first episode, The Body starring Tom Bateman as a suave professional hitman.

Hulu also revealed that it has ordered Ramy, a comedy series about a first-generation American Muslim in New Jersey, from A24, the New York-based feature distributor and producer now expanding into television.