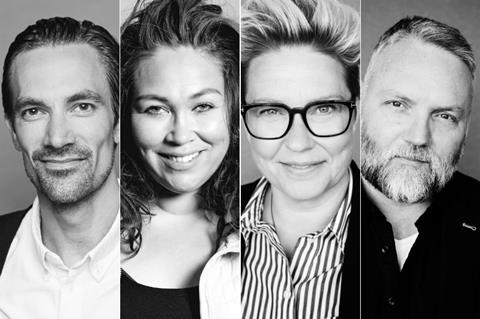 The new outfit, based in Nuuk, hopes to be a one-stop shop for the international industry who want to shoot in Greenland as well as working on Greenlandic features.

Polarama Greenland is an independent and self-owned sub-division of Iceland’s Polarama.

Panorama Greeland is co-producing and providing services to Kalak, the forthcoming Greenland-set feature from Swedish director Isabella Eklöf (Holiday); the outfit is also in talks with “several large-scale international productions” and working on a new short film, Ivalu, directed by Danish Oscar winner Anders Walter and produced by Kim Magnusson.

The Greenlandic partners in the company are Emile Hertling Péronard, who produced Berlinale selection SUMÉ - The Sound of a Revolution, and co-produced The Raven and the Seagull and Viktor Kossakovsky’s Aquarela; and producer/director Pipaluk K. Jørgensen, known for her 2018 drama ANORI, the first Greenlandic feature film by a female director. In recent years, they have both been spearheading the Greenlandic film industry organisation FILM.GL, which was founded in 2012.

“Over the years we have met with international film commissioners, film institutes, location scouts, producers, and showrunners, and everybody’s been asking for an easy one-door access point to filming in Greenland. With Polarama Greenland, that’s exactly what we’re aiming to create,” said Jørgensen and Péronard.

The Icelandic partners are Polarama’s Kidda Rokk and Steinarr Logi Nesheim, who both formerly worked at Sagafilm on the thriller series Thin Ice, which is set in Greenland but shot mostly in Iceland.

Rokk and Nesheim said, “With Thin Ice, we didn’t really have a choice but to carry out most of the shooting in Iceland. But working with Greenlandic actors and filmmakers opened our eyes to the great potential Greenland has. Not only in terms of landscapes and locations but especially Greenlandic talent - and of course the great Greenlandic storytelling traditions that we’re only just now seeing transformed to the screens.”

The Icelandic Tax Rebate was recently expanded to include some shooting in Greenland – as Péronard clarified, “Provided that you spend 80% of the total production budget in Iceland, you can spend the remaining 20% in Greenland and still get the full discount.”

Jørgensen and Péronard added, “We’re trying to establish a market in Greenland for production services. We haven’t really had that before. Being able to draw on the experiences from Iceland’s long history of international productions is highly valuable, and we expect to be working together closely - also on shoots in both Greenland and Iceland.”

The burgeoning industry in Greenland is also lobbying the government there to introduce an independent Greenlandic tax incentive.

Jørgensen and Péronard added, “The Greenlandic film industry is seeing its very own nouvelle vague, and if we want to see this wave grow, international productions are an important factor. We need the production experience, and we need our own politicians and decision-makers to recognize the great business potential of a stronger film industry.”

Past Hollywood productions that have made use of Greenland’s landscapes include Fantastic Four: Rise of the Silver Surfer and The Last Airbender.

Greenland has had only 14 Covid-19 cases, and no deaths, during the pandemic.