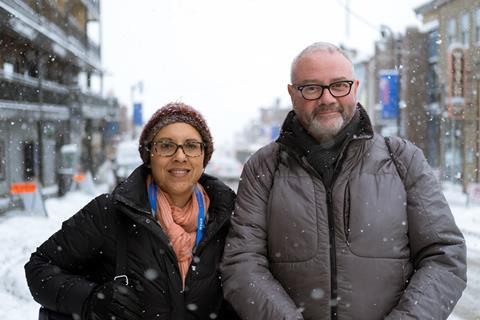 Eleven feature-length documentary projects have been selected as development grantees of the Enterprise Documentary Fund with awards totalling $150,000. The Fund aims to support projects that reframe contemporary and historical events.

A further five projects will receive $95,000 in support through the Pare Lorentz Doc Fund, which supports production and post production for films that illuminate issues in the US. This year’s themes centre on land and water.

The 11 Enterprise Documentary Fund grantees are:

The Pare Lorentz grantees are:

“Over the past two years, IDA has significantly expanded its funding of documentary through the addition of the Enterprise Fund and the Jonathan Logan Family Foundation Elevate Grant being added to the existing Pare Lorentz Documentary Fund,” said IDA executive director Simon Kilmurry (pictured at right).

“Combined, these funds have given out over $2m in grants directly to filmmakers during the last two years. To support this work, IDA has consolidated its grant-giving efforts into a new Grants department under the leadership of Carrie Lozano, Director, IDA Enterprise Documentary Fund and programme officer, Dana Merwin.”

“It’s incredibly gratifying to be able to support documentaries at all stages of the filmmaking process,” said Lozano (pictured at left). “We recognise that each phase comes with a unique set of opportunities and challenges, and we hope that our Enterprise Development and Pare Lorentz funds help these talented filmmakers get their projects – which reflect an impressive range of content and creative approaches – to the next level.”