'If Beale Street Could Talk' triumphs at Spirit Awards 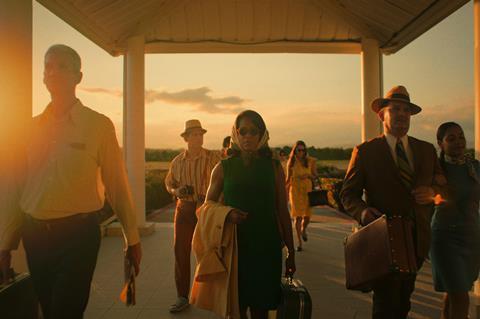 Jenkins noted how his star Regina King – who claimed the best supporting female prize – had remarked how women make up four percent of studio directors, yet accounted for 44% of directors at Sundance, and six percent of directors nominated for the Spirit Award

Jenkins, whose breakout feature Moonlight won best feature and best director at the Spirit Awards in 2017 (not to mention the best film Oscar at the climax of that year’s infamous show), also paid tribute to Lynne Ramsay, noting how his fellow best director nominee (for You Were Never Really Here) took him under her wing when he met her as a student at Telluride 2in 002.

The director rounded off by thanking Annapurna Pictures head Megan Ellison. “Black authors have not been adapted the same way as their white peers because financiers do not put their money behind black authors,” he said. “So Megan Ellison, thank you for your money, my dear. James Baldwin thanks you.”

On the eve of the Oscars, the Spirit Awards struck a blow for some of the season’s most lauded films and performances. Academy Award front-runner Glenn Close brought her dog on stage when she collected her best female lead prize for The Wife, while Ethan Hawke, who is not in the running for an Academy Award on Sunday, claimed the best male actor prize for First Reformed.

Can You Ever Forgive Me? earned two prizes on the night. An “astonished and emotional” British indie veteran Richard E. Grant was a popular winner in the best supporting male category, and Nicole Holofcener and Jeff Whitty earned the screenplay award.

ROMA, a heavyweight Oscar contender on Sunday, was named best international film, and Won’t You Be My Neighbor? won the documentary category.

Best supporting male
Richard E. Grant, Can You Ever Forgive Me?

Best screenplay
Nicole Holofcener, Jeff Whitty, Can You Ever Forgive Me?

Best documentary feature
Won’t You Be My Neighbor?