The Los Angeles-based production, sales and financing venture, whose upcoming slate of releases includes Free State Of Jones, has bulked up its finance, business and legal affairs, and marketing and publicity divisions. 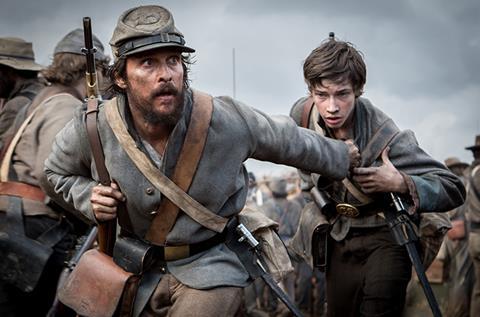 Wifreddy Chiang has joined as vp of operations and finance and most recently served as vp at Qualia Legacy Advisors, and prior to that was director of corporate finance at Lantica Media. He will report to CFO Miguel Palos and Bosco.

Louise Heseltine arrives from Maxine Leonard PR and will serve as director of international marketing and publicity.

Mike Pastrano has been hired as manager of business and legal affairs and will report to general counsel Deborah Zipser.

Pastrano most recently served at Lionsgate as an attorney in the international business and legal affairs department. Before that he worked at the Screen Actors Guild.

IM Global’s sales slate includes Free State Of Jones (pictured, set to open in the US on June 24 via STX), Martin Scorsese’s Silence, and Hacksaw Ridge directed by Mel Gibson.