Deal kicks off at Filmart with six Enlight titles including Alec Su’s The Devotion Of Suspect X, starring Wang Kai and Ruby Lin. 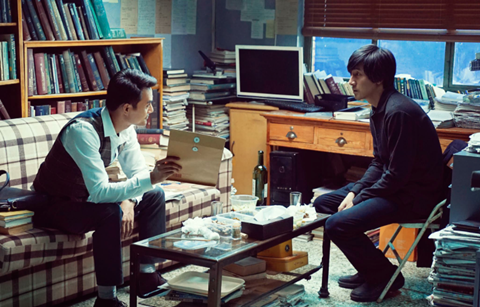 IM Global has signed an output deal with Enlight Pictures, one of China’s leading production and distribution companies, to handle worldwide sales outside China on the company’s upcoming slate.

Starting at Filmart in Hong Kong next week, IM Global will be handling six Enlight titles including Alec Su’s The Devotion Of Suspect X (pictured), starring Wang Kai and Ruby Lin. A thriller based on an award-winning Japanese novel by Keigo Higashino, the film will be released in China on March 31. China Lion holds North American, UK, Australian and New Zealand rights.

IM Global founder and CEO Stuart Ford said: “We’ve really enjoyed working with our partners at Enlight on previous projects together and we’re delighted to be extending the relationship into a multiple picture arrangement. This deal also emphasises our commitment to building a global audience for the best of Chinese cinema.”

In June 2016, LA and Shanghai-based Tang Media Partners acquired a controlling stake in IM Global, which established a Beijing office in 2013. IM Global also has an output deal with China’s Huayi Brothers, to handle international sales on the company’s films.