The actor was best known in Britain for East Is East and My Son The Fanatic. 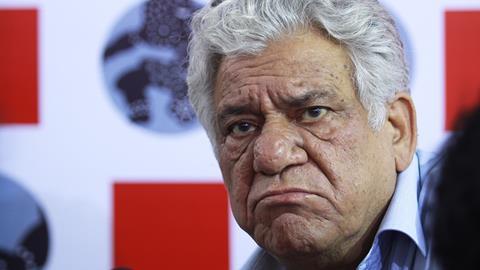 Puri was a familiar figure in British cinema due to his roles in films such as Udayan Prasad’s My Son The Fanatic (1997), Damien O’Donnell’s East Is East (1999) - for which he was BAFTA-nominated - and its sequel West Is West, directed by Andy De Emmony in 2010.

Born in the north Indian state of Haryana, Puri made his film debut in Ghashiram Kotwal, directed by a collective of ‘parallel cinema’ filmmakers in 1976. He was one of the leading actors of India’s non-mainstream cinema movement of the 1980s and 1990s, with award-winning films such as Aakrosh (1980) and Arohan (1982). More recently he had appeared in Bollywood blockbusters including Don and Singh Is Kinng.

One of his first Western roles was in 1984 Granada TV mini-series The Jewel In The Crown and he also appeared in Gandhi, co-produced by Goldcrest and the NFDC, alongside Ben Kingsley in 1982.

Puri received India’s Padma Shri, one of the country’s highest civilian honours, in 1990, and an honorary OBE for his contribution to British cinema in 2004. He served as chairman of India’s NFDC between 2008 and 2011.

A host of Indian actors and sports stars have tweeted tributes to Puri, including Indian Prime Minister Narenda Modi:

“The Prime Minister condoles the passing away of actor #OmPuri and recalls his long career in theatre and films: PMO”

Actor Vivek Anand Oberoi said: “Saddened to hear of the passing of Om Puri ji. An immensely talented actor who I had the honour of working with. He will be missed. RIP”