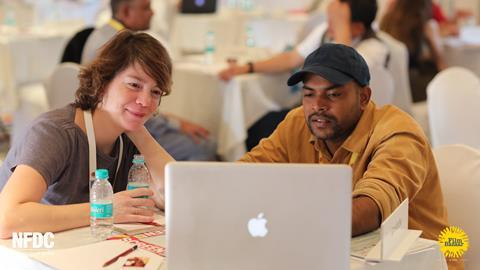 Film Bazaar, organised by India’s National Film Development Corporation (NFDC), has confirmed that this year’s edition will be held as a virtual event (November 20-24) due to the on-going Covid-19 pandemic.

Held annually at the Marriott Resort in Goa, Film Bazaar is India’s largest industry platform for project development, financing and co-production. The NFDC confirmed that most of the event’s major sections would take place online this year, including the Co-production Market, Works-in-Progress Lab, Viewing Room and Film Bazaar Recommends, as well as the Knowledge Series seminar programme.

However, Screenwriters Lab, a script development programme held across a period of several months, didn’t take place this year, so won’t be part of Film Bazaar 2020.

India’s other major film events, including FICCI Frames and the Mumbai Film Festival, have also either moved online or been postponed this year. While the virus initially spread slowly in India, the country recorded more than 60,000 infections for the eighth day in a row today, for a total of 3.2 million infections and 59,499 deaths.

However, Goa’s Chief Minister Pramod Sawant recently announced that the International Film Festival of India (IFFI), which usually takes place at the same time as Film Bazaar, will go ahead as a physical event from November 20-28. The announcement drew criticism from opposition Congress politicians, who urged the state government to reconsider its decision. IFFI is organised by India’s Directorate of Film Festivals and the state government’s Entertainment Society of Goa.

India’s cinemas have been closed since mid-March due to the pandemic although the exhibition industry is hoping they can open in time for the Diwali festival in November. After producers and stars drew criticism for premiering their new films online, major star Akshay Kumar recently committed to a Diwali release for action drama Sooryavanshi, which was initially scheduled to be released in March.