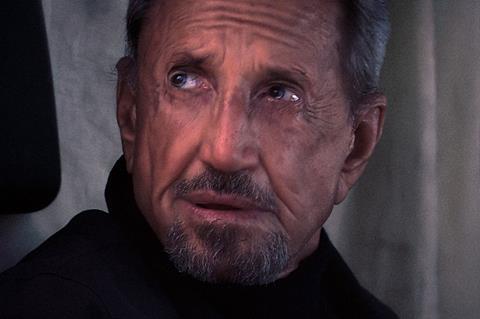 MovieFarm will premiere the film in London on July 19, before releasing theatrically in the UK from July 22. Releases in other territories are also planned, including a premiere in New York.

Beautiful Blue Eyes, written and directed by Joshua Newton, will mark MovieFarm’s first release. The project was filmed in 2008, but put on hold following the death of Scheider that same year. It has now been finished with the help of CG technology.

Set in Germany, the film follows a retired NYPD cop who visits his estranged son in Nuremberg and believes that his neighbour is the Nazi who slaughtered his entire family during the Second World War.

Myers previously held stints at 20th Century Fox, CIC (Paramount Universal and MGM), UIP, Vestron Pictures as well as First Independent Films where he worked on the UK distribution for titles such as Dumb And Dumber, The Princess Bride, Dirty Dancing and Misery.

Following a theatrical release and alongside availability on the main VoD platforms, MovieFarm is also set to offer transferable ownership of purchased digital movies it releases under its brand name MovieKey. Following the premieres, owners of the digital art collectibles will be entitled to watch the movie at special cinema screenings across the globe, with the chance of meeting the director and select members of the cast. Ahead of the release, MovieFarm will be releasing 10,000 NFT collectibles of Roy Scheider as he was in the film.