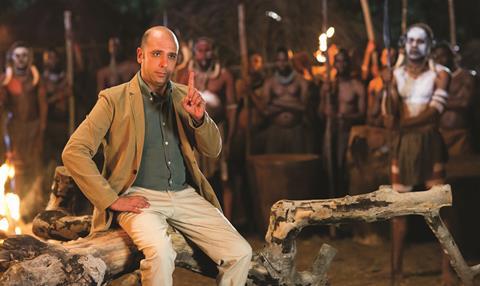 Francesco Rutelli, the recently appointed president of Italy’s national association of producers and distributors (Anica) has outlined his ambitions for the Italian industry at an event in Rome.

“The issue that has been the biggest concern for the industry through all these years can now be solved. The brevity of the cinema season, which spans traditionally September to May, is one of the many areas of interest touched on by upcoming reform.”

Rutelli was referring to the general sparsity and weak performance of Italian films during summer months and sweeping industrial reforms due to be implemented this year.

“We need to show everybody that though we are small, we are enticing,” he continued about Italy’s infrastructural modernization.

“The plan is to gather the experience of all the industry and meet the right partners. Everything is changing: Netflix and Amazon have arrived in Italy, Sky is becoming a distributor, Rai is about to be revolutionised and Medusa’s mother company, Mediaset, probably sold. Now more than ever, with all the new regulations to be put in place, we have the opportunity to solve our problems”.

Rutelli, also a former mayor of Rome, was appointed to the industry role in October last year.

During his political career he oversaw the introduction of Italy’s tax credit for film and modernization of Rome’s cinemas.

During the event, Rutelli unveiled the organisation’s annual box office report, which highlighted Italy’s box office gains (including a 3.9% increase in box office gross to $706m, and a 6% increase in ticket sales to 105m) in 2016.

Italy’s box office was boosted by Checco Zalone’s record breaker Quo Vado? [pictured] which made nearly $70m and 2016 revelations Perfect Strangers ($18.5m) and Paolo Virzi’s Cannes comedy Like Crazy. The latter was released in May and scored $6.6m, an unusually strong box office for an Italian film in the summer months.