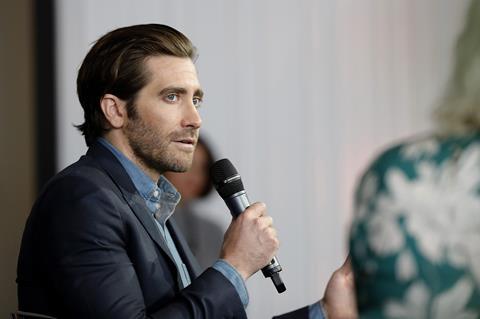 Paramount-based NRP co-financed and produced Sam Mendes’ 1917 with Amblin Partners and Universal Pictures, and the Dexter Fletcher’s Rocketman with Paramount. The Nine Stories deal comes on the heels of NRP’s recently-signed first look pact with Cate Blanchett and her Dirty Films company.

NRP president Bradley Fischer commented: “Brian and I have both gotten to know Jake over the years as a powerhouse actor as well as a passionate storyteller with a sharp eye for cinematic voices that can resonate with audiences everywhere.”

Company founder Brian Oliver continued: “When we spoke to him and Riva about their plans for Nine Stories, it was instantly clear that we shared more than just the same taste in material but also a belief in taking big swings with visionary talent.”

Gyllenhaal added: “Riva and I are thrilled to be in business with New Republic. Having worked with both Brad and Brian before, I’ve seen their deep respect for the craft of filmmaking first hand, and have long admired their keen and thoughtful business sense. They’re a rare breed of producer and we couldn’t be more excited to have them as partners as we begin this new chapter for Nine Stories together.”