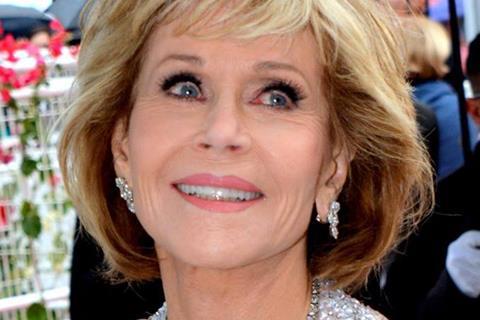 Jane Fonda will receive the Producers Guild of America’s (PGA) 2019 Stanley Kramer Award that honours an individual or production “whose achievement or contribution illuminates and raises public awareness of important social issues.”

Fonda is being recognised for her lifetime activism and philanthropic work, and will receive the award at the 30th Annual Producers Guild Awards presented by Cadillac on January 19 in Los Angeles. Jordan Peele’s film Get Out was the 2018 recipient.

Fonda won Oscars for Klute and Coming Home and has also earned fame for her support of political and social causes, among them the nonprofit Georgia Campaign for Adolescent Power & Potential, for which she raised $1.3m last year to lower the teen pregnancy rate and improve the overall health and well-being of young people in the state of Georgia.

She also recently raised $1m for the Women’s Media Center, a nonprofit she co-founded with Gloria Steinem and Robin Morgan to make women and girls more visible and powerful in media.

“Jane Fonda has built an extraordinary legacy as an outspoken advocate for the vulnerable in our society,” said PGA presidents Gail Berman and Lucy Fisher. “Throughout her remarkable life, she has made and continues to make a significant impact on the lives of people through her work both on and off the screen. Fonda exemplifies the spirit of Stanley Kramer, and we are proud to honor her.”

Fonda’s film credits include The China Syndrome, Nine To Five, On Golden Pond, The Morning After, The Dollmaker, and Book Club, and she stars in the Netflix series Grace And Frankie. She received an honourary Palme d’Or from Cannes Film Festival in 2007.