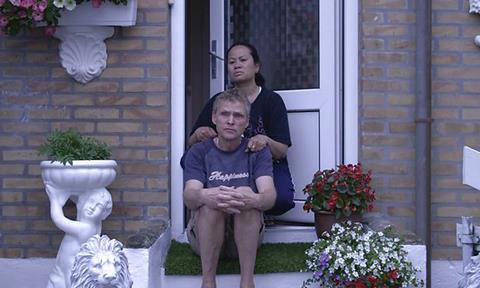 CPH:DOX expanded its industry offerings this year by adding a Work-in-Progress session on the eve of its CPH:FORUM for six Nordic documentaries currently in production or post-production.

Short presentations including footage was shown for projects including:

The story will examine what happened when Mexican anthropologist Santiago Genovés tried a unique experiment in 1973, putting 10 people on a raft for a 101-day voyage to study human behaviour. Lindeen brought the participants together for the first time in 43 years to talk about Genoves’ manipulative behaviour. “I wanted make a reunion and let them talk about their memories of what happened on the raft,” he said. “We let the subjects make a study of the scientist.” The team aims to deliver the film in the autumn.
Contact: gandini@fasad.se

Metz, who directed Armadillo and is in post on fiction feature Borg/McEnroe, explained, “We are making a film [pictured] about migration from Thailand to Denmark, shot over a 10-year time span and across three generations.” The film concentrates on women rom a rural village in Eastern Thailand coming to a fishing community in Northern Denmark. “It’s also about how the communities affect each other over time,” he said. “It’s not just a story about migration, it’s also a story about what it means to be a human being, to live a purposeful life and find a meaning for yourself.” The film is set for delivery in early 2018.
Sales: Autlook, salma@autlookfilms.com

Bustnes described the film as “a political thriller from inside the Greek nationalist party, Golden Dawn,” which rose in power after the Greek economic collapse. The story is partially told through the wives and daughters of some of the party’s MPs who are imprisoned. The film will be delivered in late autumn.
Sales: DR Sales, drsales@dr.dk

The story follows famous Syrian actor/comedian Fares Helou as he takes a stand against the Bashar al-Assad regime, and following him in exile in France. Farah started filming Helou in 2011, following him and his daughters from Syria to France. Producer Signe Byrge Sorensen said, ”It’ a film about hope… about hopes being completely shattered, and hope being rediscovered slowly, in exile.” Expected delivery late autumn.
Contact: Signe Byrge Sørensen, byrge@final-cut.dk

At CPH:FORUM, 31 projects were presented. Some of the highest-profile films included Darwin’s Nightmare director Hubert Sauper’s Epicentro, an examination of changing Cuba; Kirsten Johnson’s Cameraperson follow-up, Lord Of Obstacles, about the human-elephant conflict in Assam, India; US director Adam Bhala Lough’s Alt-Right, about extreme conservatives in the first year of Trump’s presidency (and the ‘alt-left’ combatting them); 20,000 Days on Earth directors Iain Forsyth and Jane Pollard’s anthology Nordic Trips; Sophie Fiennes’ reunion with Slavoj Zizek in The Pervert’s Guide To XXIst Century; Sally Potter’s archive musical Oh Moscow; Erik Poppe’s first documentary, I Die, about the end of the life of intellectual Per Fugelli; Crystal Moselle’s The Wolfpack follow-up Skate Girl, about a group of teenage girls in New York; and the Spike Lee-produced Cain, Abel & The Cowgirl, about the French terror attacks.

Director Maria Bäck and producer Anna-Maria Kantarius won the $16,200 (€15,000) Eurimages Co-Production Development Award for their film Psychosis In Stockholm, inspired by the director’s memory at age 14 of visiting Stockholm, where her mother had a psychotic episode.

The jury said it “was impressed by the braveness of a young filmmaker, who presented a very personal, delicate and urgent project. In this project she elaborates a strong personal suffering, that she wants to bring alive in a film, that combines documentary and fiction elements.”