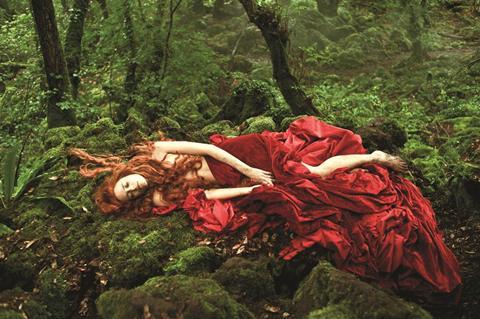 Matteo Garrone’s Tale Of Tales also gathered seven statuettes, six of which were in technical categories, as well as Best Director for Matteo Garrone.

They Call Him Jeeg Robot, Gabriele Mainetti’s first feature film, is a superhero story co-produced by RaiCinema about a Roman thief who gains superhuman strength after a near-mortal accident.

Starring Claudio Santamaria (Diaz - Don’t Clean Up This Blood) as the titular hero and Luca Marinelli (Don’t Be Evil) as the villain, the movie is the first succesful foray for italian cinema into the superhero genre, grossing $3.6m (€3.2m) at the local box office.

In a ceremony broadcast for the first time by satellite operator Sky, instead of public service television RAI, Matteo Garrone’s Tale of Tales was widely awarded for its craft.

Box office hit Perfect Strangers is a dramedy about a group of friends who decide to share their mobile phones during a dinner, only to find their darkest secrets unveiled. International sales are handled by True Colors and the film is among Italy’s hot sales titles heading to the Cannes market.

In the Best Film category Paolo Genovese’s movie was competing against Tale Of Tales, Youth, Don’t Be Evil and Berlin-winner Fire At Sea.

This year’s Best European Film was Oscar winner Son Of Saul and the Best Foreign Film statuette was awarded to Steven Spielberg’s Bridge Of Spies.