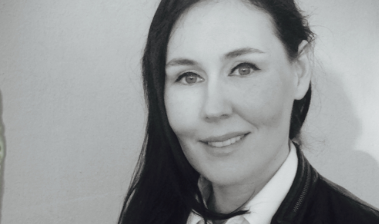 Cochis herself is a producer who has worked with Drake Doremus and James Ponsoldt and she also served as the festival’s creative director.

“Jennifer Cochis is a brilliant new force on the festival scene and I am extremely happy to have her step into this new role,” said Film Independent president Josh Welsh. “She brings so much experience, intelligence and passion to everything she does.

“She’s worked closely with the mighty Stephanie Allain on the festival for the past two years, first as senior programmer and then as creative director, turning the festival into a powerful platform for discovering new and diverse talent.”

“Jennifer is a secret weapon and I expect exciting things for the LA Film Festival from her,” said Film Independent board chair Mary Sweeney.

“It has been such an honour to shine a spotlight on women and directors of colour and leaving is bittersweet,” said Allain. “But I know that the festival is in extremely capable hands with Jennifer Cochis at the helm because she helped me build it.”

“It’s an incredibly exciting challenge to build upon the great work that Stephanie has done at the LA Film Festival these past five years,” said Cochis. “I am passionate about continuing to grow this festival, bringing together audacious and brave visual storytellers with the audiences of Los Angeles.”

In addition to her festival and producing work, Cochis is a Sundance Institute Creative Producers Lab Fellow and was awarded their Sheila C. Johnson Fellowship.

She currently serves as the digital studio head for Joss Whedon’s Save The Day, a pro-Hillary Clinton Super PAC, creating short videos that aim to get people out to vote.

Allain is in production on Justin Simien’s Netflix series Dear White People, is in post on Gerard McMurray’s Burning Sands and in pre-production on Clark Johnson’s Alfre Woodard vehicle Juanita.