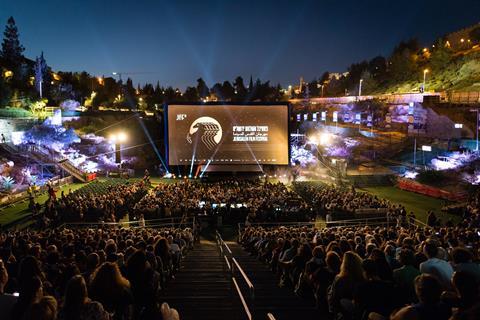 The Jerusalem Film Festival (JFF) has halted its plans to run a delayed physical edition at the end of August, following a surge in Covid-19 cases in Israel in recent weeks, which in turn has led to fresh restrictions on large-scale gatherings.

The festival management team issued a statement on Monday (July 13) stating it had stopped its preparations for its upcoming edition, which had been due to take place from August 20-30.

They added, however, that they hoped instead to hold a winter edition between December 10-20, 2020, if the health situation permitted.

The move follows last week’s decision by the Israel Ministry of Health to reintroduce a ban on big gatherings, including cultural events, which is expected to last into the autumn.

The proposed December dates would see the festival coinciding with the festive season of the Jewish Hanukkah holiday, running December 10-18 this year.

Under this plan, the programme will include films selected for the August edition as well as new titles.

In the meantime, the festival is also developing online programmes in the near future, showcasing JFF selected titles on the new streaming platform launched by the Jerusalem Cinematheque-Israel Film Archive.

“This is a difficult and painful decision as we have been working on the 37th edition of the Jerusalem Film Festival over the course of the past year,” said festival director Noa Regev, who is also head of the Jerusalem Cinematheque, and artistic director Elad Samorzik in a joint statement.

They said the festival programme had already been finalised with more than 150 films from 60 different countries, ten competitive categories awarding prizes in the amount of 1 million NIS (£229,355), screenings throughout the city’s neighborhoods, special programs, and a selection of new film ventures.

“The August festival would have provided an important opportunity to spotlight the art of film, nowadays experiencing a major shakeup, as well as the Israeli film industry,” added Regev and Samorzik. “We were hoping to offer a note of encouragement to the filmmakers, to the film enthusiasts throughout the country, and to Jerusalem – becoming a major tourist attraction every year during Festival time.”

The pair added that they remained committed to holding a winter edition.

“We will continue to invest our efforts to promote the art of film in Israel. We believe there is no replacement for the physical encounter created by a film festival and its audience, filmmakers, and film on the big screen, and therefore, we will do everything in our power to hold the winter Jerusalem Film Festival edition during the month of December,” they said.

Prior to the Covid-19 pandemic, the festival had been set to take place from July 16-26, but these dates were delayed at the end of May in the expectation that the virus would be under control by August.