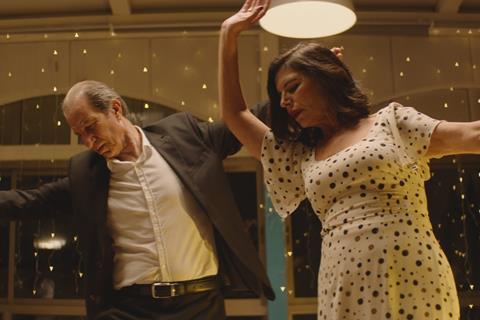 The comedy of manners centres on an upper-middle-class couple on the outskirts of Tel Aviv whose lives get a much-needed injection of excitement when a flashy talent agency owner moves into the penthouse apartment in their tower block.

The film premiered at Tribeca Festival this summer before playing Jerusalem Film Festival, where it also picked up the best first feature jury prize. It was financed by Israeli Film Fund, Steve Tisch Fund of Tel Aviv University, NFCT and Weil-Bloch Film Award, and Israel Lottery Council for the Culture & Arts and Keshet Broadcasting.

Greenwich plans a first quarter 2023 release. Edward Arentz and Oded Horowitz negotiated the acquisition with Carole Baraton of the film’s international sales agent Charades and WME Independent on behalf of the filmmakers.

Prior to Karaoke Rosenthal worked in TV. AMC Networks has acquired US remake rights to his millennial dating web series Confess.