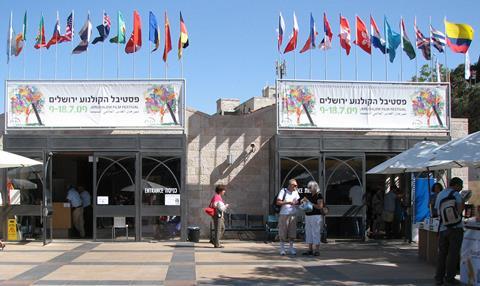 The winners from the 12th edition of Jerusalem Pitch Point have been unveiled at the Jerusalem Film Festival.

A Tel Aviv-set thriller, the film marks the director’s third feature after Thirst (Atash), which premiered in Cannes Critics’ Week in 2004, and Last Days In Jerusalem.

It is being produced by Baher Agbariya at Haifa-based Majdal Films, who presented the project alongside Abu Wael at the Jerusalem Pitch Point event on Sunday (July 16).

The project was presented by Yoav Roeh and Aurit Zamir of Tel-Aviv based Gum Films. It is currently completing financing ahead of production. The story will follow a 35-year-old mother who must face the death of her terminally ill 17-year-old daughter.

The Cinelab Award, which comes with $17,000 (€15,000) was given to Amikam Kovner and Assaf Snir’s Echoes, which follows a woman who records his wife’s telephone conversations as he suspects her of having an affair. Following her sudden death, he searches for her true identity by listening back to the phone conversations.

Alamork Davidian’s Fig Tree, which previously scooped the top prize at the 2014 edition of the Sam Spiegel school’s Jerusalem International Film Lab (also held at the Jerusalem Film Festival) was given the The Wouter Barendrecht Lia Van Leer Award, which is worth $4,500 (€4,000).

The film, which is in the editing stage, is produced by Saar Yogev and Naomi Levari of Tel Aviv-based Black Sheep Film Productions. It shot in Ehtiopia in summer 2016.

The story is based on the director’s own experiences growing up in war-torn Addis Ababa and being airlifted to Israel in 1991 as part of the country’s Operation Solomon to protect 14,325 Jewish Ethiopians.

The night’s final award, the YAMPIMLAB Award worth $5,700 (€5,000), was presented to Yona Rozenkier’s Decompression. Currently raising financing, the film is produced by Kobi Mizrahi of Tel Aviv-based KM Productions. It follows a father and son who embark on a road trip across rural Israel on a tractor.