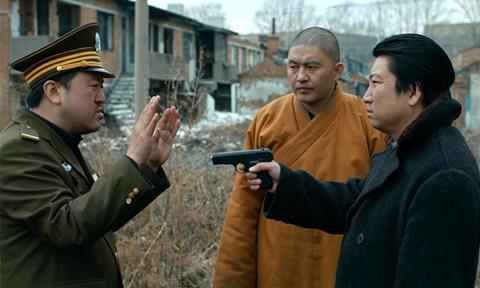 The Karlovy Vary International Film Festival (30 June – 8 July) has announced the four films in its official selection - out of competition section.

The titles will be presented for the first time to European audiences at the event.

The films are: Estonian coproduction November, directed by Rainer Sernet and winner of the best cinematography award at this year’s Tribeca; Free And Easy (pictured) directed by Jun Geng, which won the Special jury prize at Sundance; Pat Collins’ Joe Heaney biopic Song Of Granite, which had its premiere at SXSW and Juze from director Miransha Naik, first seen at the Hong Kong Film festival.

Films competing at Karlovy Vary this year include Boris Khlebnikov’s Arrhythmia, Václav Kadrnka’s Little Crusader, Giorgi Ovashvili’s Georgian historical drama Khibula and Birds Are Singing In Kigali from Polish director Krzysztof Krauze. The latter was completed by his co-director and wife Joanna Kos-Krauze after his death in 2014.

Casey Affleck, fresh from winning an Oscar for Manchester By The Sea, will also be honoured with the president’s award.

OFFICIAL SELECTION - OUT OF COMPETITION SECTION

Juze, the titular character, runs a small migrant farm and its adjacent slum. For the protagonist, gifted adolescent Santosh, Juze is a monster, a trial, a monumental obstacle that stands in the way of a free life. Although set in the late 20th century just a short distance from Goa’s tourist beaches, a slave-like system is still in effect, with migrants working for room and board. Santosh’s intelligence and phlegmatic nature enable him to withstand the abuse he receives from a variety of sources; at the same time he’s working on a precise plan to escape his dismal circumstances – if escape is possible. As in Naik’s previous picture Ram, here as well, sexuality is one of the dominant topics. This stylistically concise coproduction, employing a crew of primarily Goan filmmakers, demonstrates the high quality that can be achieved by using local resources, despite the difficulties shooting in the chosen locations. The picture premiered at the Hong Kong IFF.

A young farm girl named Liina is hopelessly in love with Hans and she is willing to do anything to secure his affections… Estonian director Rainer Sarnet’s film is set in a pagan Estonian community where werewolves roam, the greedy villagers steal whatever they can lay their hands on, they have to cope with the plague, and hovering over them all are an ensemble of kratti, peculiar creatures made of metal and wood. As in his previous film The Idiot, Sarnet has opted for a literary adaptation. After the Russian classic he decided to base his third film on the homespun novel Rehepapp, a book which has sat on the Estonian bestseller list for the last twenty years and is familiar to every inhabitant of this Baltic country. One of the most remarkable cinematic achievements of the season, November sees paganism blending with Christian mythology, the whole package seasoned with a sprinkling of malicious humour. For its outstanding black-and-white visuals the film secured Best Cinematography at New York’s Tribeca festival, where it received its world premiere.

A door-to-door soap seller arrives in a nearly deserted village in the middle of the barren landscape of northern China. But he’s not the only one strolling its desolate paths. Quirky individuals abound: a Kung Fu master, a Hindu monk, a devout believer, a ranger, and two policemen investigating the rise in uncanny attacks on the local inhabitants. Their lives interconnect in a web of incredible and absurd encounters that gradually reveal the characters’ true selves and sow the seeds of mistrust, although they also create unexpected connections. Laced with a generous dose of black humor and grounded in perfectionist attention to mise-en-scène, the picture offers an unusually entertaining yet penetrating look at postindustrial China. The movie also touches on themes of belief and dignity while drawing an uncompromising sketch of the Chinese countryside and Chinese society as a whole. For its unique vision the film deservedly took away the Special Jury Prize from the international competition at this year’s Sundance festival.

This visually meticulous and mesmerising film revolves around the life of the great traditional Irish singer, Joe Heaney. The stylised black-and-white picture, obscuring the border between documentary and fiction, is a cinematic ballad that invites viewers to join the enigmatic, talented and idiosyncratic artist on his dramatic life journey; along the way they will also get a sense of the difficult yet humble life of the people of Ireland over the course of last century. The film takes us to the district of Connemara, and to the village of Carna, Joe Heaney’s birthplace, considered the cradle of local folklore, and then accompanies him on his travels round the world. The power and magic of the songs provide the central motif threading its way through the film. The director stages the music scenes so skilfully and suggestively that we feel we are actually present in the room, swept up in the atmosphere along with the rest of the audience. Was it the songs that helped the inhabitants of this magnificent but desolate Irish landscape to survive and commune with God? And what part of his heart and soul must the artist sacrifice in order to satisfy his inner compulsions?