Kaurismaki's 'Other Side Of Hope' sets February release date 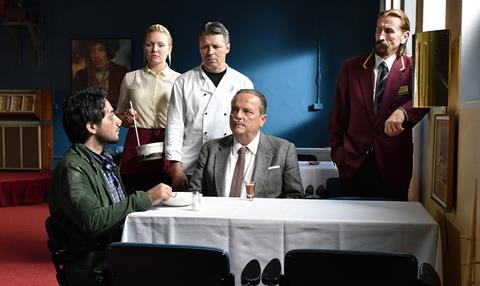 Aki Kaurismaki’s new film The Other Side Of Hope (Toivon Tuolla Puolen) has confirmed its Finnish release date of Feb 3. The Match Factory handles international sales.

The 98-minute film, shot in the early autumn in Helsinki, tells the story of a Finnish travelling salesman crossing paths with a Syrian refugee.

The Other Side Of Hope is the second instalment in Kaurismäki’s trilogy focusing on port cities, which began with Le Havre.

The lead actors are Sherwan Haji as Syrian refugee Khaled, and Sakari Kuosmanen as Wikström the salesman.

Kaurismaki writes, directs and produces the film (for his company Sputnik Oy), with Bufo Films also on board the production. Backers include The Finnish Film Foundation,  the Finland 100 programme (which supports films to be released in 2017 for Finland’s centenary of independence) and The Church Media Foundation, with YLE Co-productions and ZDF/ARTE.

B-Plan Distribution will handle the Finnish release. B-Plan, the distribution arm of producers Bufo, also released Cannes Un Certain Regard winner The Happiest Day In The Life of Olli Maki.