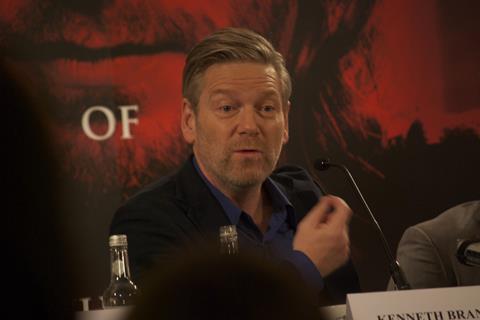 Entertainment One (eOne) has signed Kenneth Branagh to star in and produce its TV series based on A Gentleman In Moscow, Amor Towles’ best-selling 2016 novel.

Tom Harper is set to direct the series and produce alongside Xavier Marchand of Moonriver Content. eOne will serve as the studio for the project and controls worldwide rights.

Branagh and Mark Gordon, eOne’s president and chief content officer, film television and digital, recently collaborated as producers of Murder On The Orient Express, the feature film Agatha Christie adaptation that Branagh directed and starred in. Gordon was also executive producer on 2005 HBO movie Warm Springs, in which Branagh starred.

In a A Gentleman In Moscow Branagh will play Count Alexander Rostov, a Russian noble deemed an unrepentant aristocrat by a Bolshevik tribunal and sentenced to house arrest in a hotel attic room, where he lives through some of the most tumultuous decades in Russian history.

Gordon commented: “Ken is a world class talent celebrated for portraying captivating and layered characters, and Tom is a master at crafting gripping and thought-provoking television. We are delighted to collaborate with them on A Gentleman in Moscow, which exemplifies the kind of premium content led by acclaimed talent that we are dedicated to creating at eOne.”