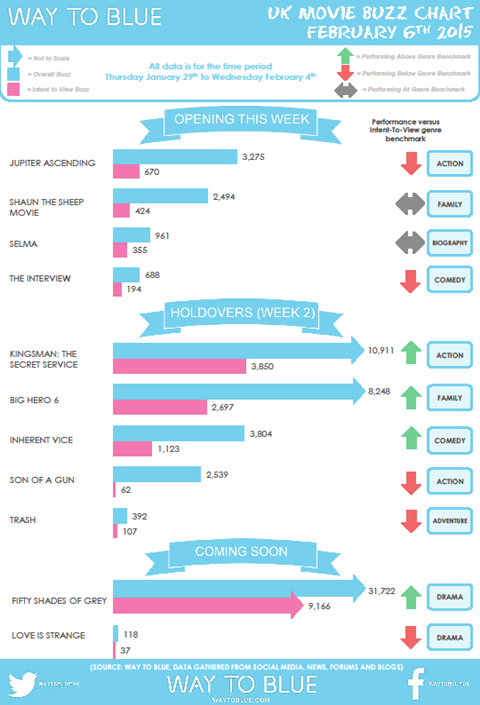 Kingsman: The Secret Service has topped the UK movie buzz charts with almost 11,000 comments from Jan 29-Feb 4 across social media, news, forums and blogs, according to Way To Blue.

After a week on release, Fox’s adaptation saw around a third of those comments expressing intent to view.

Close behind was last week’s champion, Disney’s Big Hero 6, with over 8,200 comments and just under a third expressing intent to view.

Every film paled in comparison to Universal’s upcoming adaptation Fifty Shades of Grey with over 31,000 comments, over 9,000 of which expressed an intent to view.