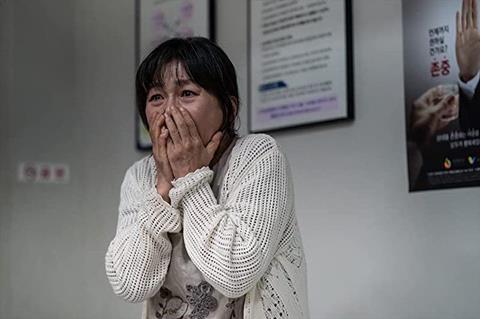 The film, which debuted in South Korea in June this year, centres on a deaf mother and daughter who interrupt a serial psychopath as he attempts to claim his next victim, only to finds his wrath redirected toward them instead. Korean sales firm Finecut is handling sales on the title.

Other titles awarded by the jury included best director, to Vanya Peirani-Vignes for French thriller Blast, starring Nora Arnezeder; while August Maturo won best actor for his role in Slapface, and Anna Cobb won best actress for We’re All Going To The World’s Fair.

Mark O’Brien won best screenplay for US religious horror The Righteous, which he also directed.

The 13th edition of the festival ran from October 7-10 at the Odeon Great Northern cinema in Manchester, with the online screenings from October 14-17.