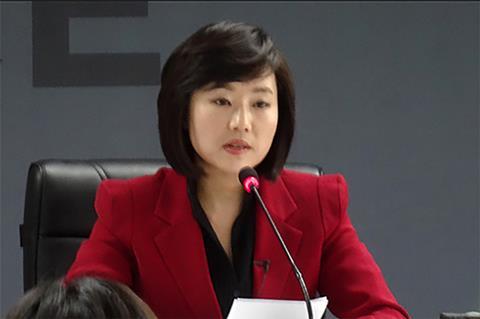 South Korean ex-minister of Culture, Sports and Tourism Cho Yoon-sun has been sentenced to two years in prison for creating and managing an artist blacklist in ex-president Park Geun-hye’s administration.

Cho’s sentence was raised on appeal from a previous one-year sentence with a two-year suspension of execution by Seoul High Court, which also raised the sentence for Park’s former chief of staff Kim Ki-choon to four years in jail on similar charges. (He had previously been given three years in a lower court.)

Artists on the blacklist were excluded from state support and subjected to discrimination, which the court found unconstitutional.

The court also deemed the ex-president “complicit” in the blacklisting, saying it was her direction that had to have shaped the plans for exclusion and carried out under her authorization. Park is still on trial for this and other allegations of corruption.

The change in sentencing is seen to have hinged on the flipped testimony of another presidential aide and cabinet documents from the Blue House that the special prosecutor newly submitted to the court.