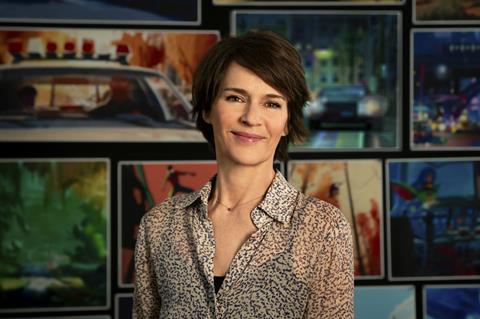 Sony Pictures Animation president Kristine Belson, under whose watch the latest entry in the Hotel Transylvania franchise attained record international and global box office results, has renewed her contract and expanded her role to include producing animated series for television and streaming platforms.

In her four years at the studio, Belson has shepherded the most recent instalment of the $1.3bn Hotel Transylvania global series, which became Sony Pictures’ highest-grossing animated film and earned $361.1m internationally and $528.6m worldwide. This year’s Oscar winner Spider-Man: Into The Spider-Verse grossed $375.5m at the global box office, and $185.3m internationally.

Belson currently oversees more than a dozen projects in active development across the studio including the Phil Lord and Christopher Miller-produced original animated comedy, The Mitchells vs. The Machines from director Mike Rianda; the studio’s first-ever animated musical, Vivo, featuring original songs by Lin Manuel-Miranda; a reimagining of animated series The Boondocks for HBO Max; and an Elvis-inspired adult animated comedy for Netflix, Agent King.

“For the last few years, Sony Pictures Animation has thrived under Kristine’s expert leadership,” said Rothman. “Under her watch, we’ve seen Hotel Transylvania grow to a $1.3 billion franchise and the team win their first-ever Oscar for Spider-Man: Into the Spider-Verse. Our animation business has never been healthier, and we are excited she will be expanding her talents into the TV and streaming space.”

“Kristine is an incredibly talented executive, and she’s done a fantastic job at Sony Pictures Animation. In addition to overseeing an exciting film slate, we are thrilled that she will also channel her energy on creating hit television,” said Hopkins.

“All of us at Sony Pictures Animation are thrilled to be getting into new territory by expanding our animation slate to include serialized stories, for every audience,” said Belson. “I am so grateful to have been given the opportunity to do things that no other theatrical animation studio in Hollywood is doing, and we have a lot in store.”

Prior to joining Sony Pictures Animation in 2015, Belson spent nearly a decade at DreamWorks Animation where she was executive producer on How To Train Your Dragon and produced The Croods. Prior to that she was executive vice-president of production at the Jim Henson Company.