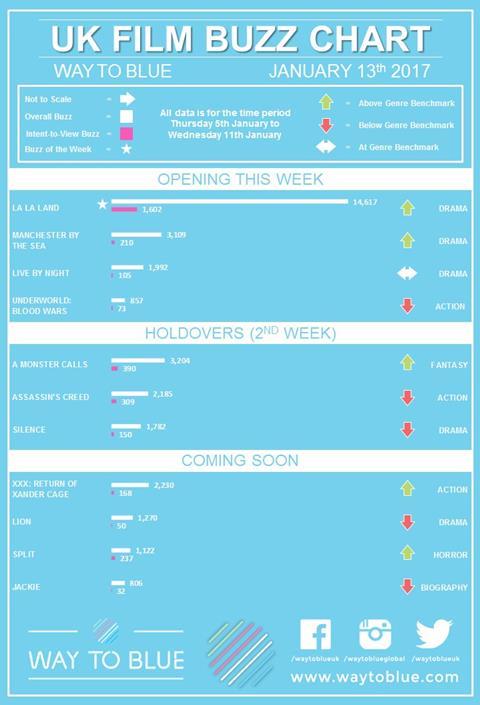 The film amassed 14,617 comments across social media, news, forums and blogs over the last seven days, with 1,602 of those registering an intent to view.

Further down the chart, Kenneth Lonergan’s Manchester By The Sea, J.A. Bayona’s A Monster Calls, and Justin Kurzel’s Assassin’s Creed all garnered decent buzz but were unable to make a significant dent into La La Land’s total.