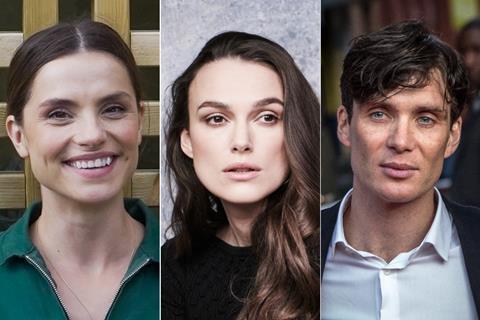 A new UK campaign calling for improved childcare support in the film and TV industries has been launched, backed by talent including Keira Knightley and Cillian Murphy.

The Keeping Families In Film campaign is led by educational facility The WonderWorks, which was co-founded by Peaky Blinders star Charlotte Riley and business partner Mark Radcliffe.

The organisation has published an open letter (printed below) reaching out to studios, production companies and industry leaders to raise awareness of the lack of childcare within the industry, and to take action to stop talent being lost through parenthood.

The campaign is aiming for every production to have a line in their budget for childcare by 2024.

The campaign has also received backing from creative industries union Bectu, the Writers Guild of Great Britain and charity Time’s Up UK. The WonderWorks is supported by the BFI, Bafta, the Film and TV Charity, and Warner Bros.

“The aim of The WonderWorks’ Keeping Families In Film campaign is to reach industry decision makers, asking them to make childcare a top priority on productions, as well as empowering those in the industry to speak up and have open conversations with their employers,” said Riley. “Productions are finding it harder than ever to secure crews due to demand, so it’s vital that we keep talented people working in order for the industry to thrive.”

“As an industry we take pride in how well we train our teams, people work so hard in the early years of their career to hone their skills and then just as they are starting to get established, find that they can’t sustain a career in production once they become parents. It’s time to address the inequality in our industry - we need to keep families in film.” 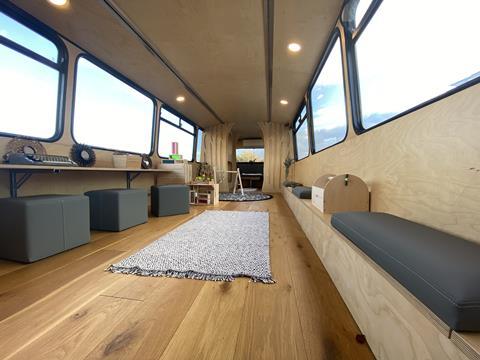 The WonderWorks established its first permanent full-time educational facility at Warner Bros’ Leavesden Studios in 2020 and also runs a mobile facility, which offers childcare to productions shooting on location.

Making It Possible, an annual report commissioned by campaign body Raising Films, found in 2020 that 79% of film workers felt having children negatively impacted their careers.

DEAR STUDIOS AND PRODUCTION COMPANIES IN THE UK,

Those who work in film and TV know that life is not always easy. They know that work is unpredictable, often changed at the last minute, and that the hours are often variable. They know they will need to make some sacrifices in order to do the job they love and have worked hard to become skilled at, be that in front of or behind the camera.

What they don’t know is that at one point in their career, some will find that they have to make a choice between staying in ‘the dream job’ or starting a family. We believe that this is not a choice that should have to be made, which is why we are asking for your support to bring change. Without flexible and accessible childcare, equality and inclusion within the film and TV industry cannot be achieved.

This is an issue that affects both men and women within the industry. 79% report feeling that having a child negatively impacts their career progression, with 63% working freelance or self-employed and citing financial stability as a major concern*. This means that regular childcare solutions often do not work.

Our mission is to make the film and TV industry more accessible for families, meaning we do not lose highly talented people over an issue that should – and can – be solved.

We are calling on industry leaders to not only acknowledge that a lack of high-quality, flexible childcare is creating a barrier, but that action needs to be taken by industry decision makers to bring about change.

We are asking industry leaders to make on-set childcare solutions a priority; be they full nursery spaces for major productions, or assistance with childcare provisions for smaller productions. We want to see a line in every budget for childcare, and we need your help to make this a reality.