A second series of hit Lebanese TV series Al Hayba, revolving around a colourful crime clan operating on the border with Syria, is due to start shooting early 2018, producer and creator Sadek Sabbah has confirmed at Dubai International Film Festival. 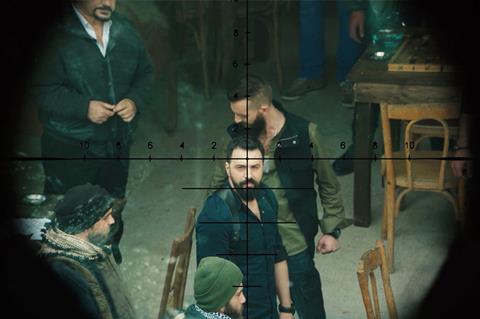 Sabbah, who is chairman of historic Beirut-based TV and film company Sabbah Brothers, is among a number of producers attending the DIFF this year to unveil their upcoming Ramadan series.

“It will start shooting the third week of January in time for the 2018 Ramadan season,” said Sabbah. “It will expand on the history of the family but I don’t want to reveal too much about the plot right now.”

The company is also launching a second 30-episode Ramadan series The Way, about the complicated life of a hot-shot female lawyer as she juggles family and career, and Ressort, a 15-episode contemporary thriller series set against the world of finance being produced to suit the requirements of the new streaming platforms.

The first season of Al Hayba was one of the surprise hits of the 2017 Ramadan season. Airing on pan-Arab, free-to-air network MBC, as well as pay-TV channels ART and MTV, the show garnered audiences all over region from Lebanon to the Gulf and North Africa.

“The series gave real insight into these clans which really exist in Lebanon. We managed to create a story which is very close to our region but also had wider appeal because these lawless pockets of society can be found throughout the world,” said Sabbah.

“We had big audiences in nine Arab countries. Statistics showed that at the height of its success, 29 to 30 million people were discussing the show on social media.”

The starry ensemble Lebanese cast included Taim Hasan, Nadine Nassib Njem, Abdo Chahine and veteran actress Mona Wassef as the powerful family matriarch. Wassef is also at DIFF this year for the anniversary screening of Moustapha Akkad’s classic picture The Message in which she starred.

Sabbah explains the series grew out of his own personal desire to explore gun culture and lawlessness on the fringes of Lebanese society.

The company, which branched into TV a decade ago having originally focused on feature films, uses the same development and production methods as the big US TV shows.

“We have an in-house creative team which comes up with the storylines and then we approach the best writers to write the scripts,” he said.