Les Arcs unveils 16 projects due to be presented in the work-in-progress selection. 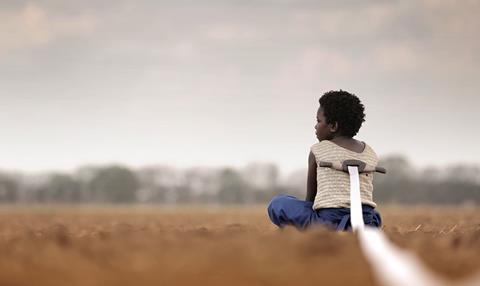 Upcoming films by the UK’s Rungano Nyoni, the Czech Republic’s Olmo Omerzu and Sweden’s Johannes Nyholm are among 16 works-in-progress projects due to be presented at the eighth edition of the Les Arcs Coproduction village (Dec 10-13).

Footage from the films, which are all in post-production, will be shown on Dec 11.  The festival’s artistic director Frédéric Boyer made the selection.

British-Zambian director Rungano Nyoni will show first footage from her debut satire I Am Not A Witch [pictured top] about a nine-year-old girl who is a victim of a witch-hunt, which is shot by Embrace Of The Serpent’s DoP David Gallego.

Nyholm will present his second feature Koko-di Koko-da - after The Giant which premiered at TIFF this year - revolving around a couple whose camping trip takes a strange turn when a circus troupe turns up.

Two awards will be presented at the event, the €50,000 Eurimages Lab Project Award, which recognises innovation (ten of the selected films are eligible), and the Hiventy Award, offering post-production services worth €10,000.

The jury will be made up of directors Bertrand Bonello and Clément Cogitore (Director), Venice Critics’ Week programmer Beatrice Fiorentin, Helsinki International Film Festival chief and Sara Norberg and Karin Schockweiler, the Luxembourg representative of the Eurimages board committee.

Alongside the works-in-progress, another 21 projects in development will be presented in a separate financing and development event. Most of these were presented last week but a final project was also unveiled on Friday.

It is Jan Ole Gerster’s Imperium, which was selected through a joint initiative with the Torino Film Lab.

I Am Not A Witch, dir. Rungano Nyoni produced by Soda Pictures (UK) and Clandestine Films (France)