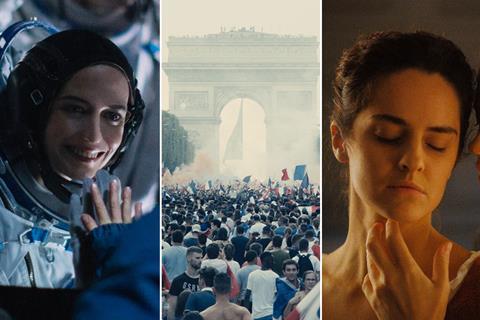 ‘Proxima’; ‘Les Miserables’; ‘Portrait Of A Lady On Fire’

Les Miserables, Portrait Of A Lady On Fire and recent Toronto world premiere Proxima are the trio of films on the shortlist to be France’s submission for the rebranded international feature film category at the Oscars.

The selection committee, which is overseen by the National Cinema Centre, will make the final selection on September 20.

For the first time, the committee includes film industry professionals alongside filmmakers and cultural institution chiefs as part of a shake-up announced in July aimed at increasing France’s chances in the Oscar race.

Ladj Ly’s edgy drama Les Miserables capturing the explosive social tensions in a tough Paris housing estate premiered in Competition in Cannes where it won the jury prize in ex aequo with Bacurau. It was produced by Paris-based SRAB Films and is sold internationally by Wild Bunch. Amazon Studios swooped on US rights during Cannes.

Celine Sciamma’s 18th century, Brittany-set costume drama Portrait Of A Lady On Fire revolves around a female portrait artist who embarks on a passionate affair with a young woman who is on the cusp of being married off to a wealthy suitor in Italy. It also premiered in Competition in Cannes, winning best screenplay and the Queer Palm. Paris-based Lilies Films produced and mk2 films handles international sales. NEON and Hulu picked up which sold North American rights in a joint deal in the final days of Cannes.

Alice Winocour’s Proxima – starring Eva Green as a woman preparing for a space mission that will separate from her young daughter – just premiered in TIFF’s Platform selection, garnering rave reviews and an honourable mention. It was produced by Paris-based Dharamsala and Darius Films and international sales are handled by Pathé International, which has yet to announce a US deal.

To be eligible for submission this year, candidate films need to be released for at least seven days in French cinemas between October 1, 2018 and September 30, 2019.