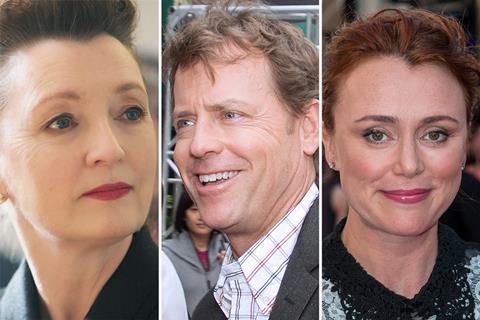 The film, which starts shooting around London over the next nine weeks, co-stars the previously announced Keira Knightley, Gugu Mbatha Raw and Jessie Buckley, It tells the story of the 1970 Miss World contest which was disrupted by the newly founded Women’s Liberation Movement.

Lowthorpe is an award-winning UK feature and TV director whose credits include the BAFTA TV-winning Three Girls and Call The Midwife. Her feature credits include Swallows And Amazons  in 2016.

Misbehaviour is based on an original script by Rebecca Frayn (The Lady) with revisions by Gaby Chiappe (Their Finest).

The project is produced by Left Bank Pictures with backing from  Pathé, BBC Films, Ingenious Media and the BFI.  Pathé will distribute the film in the UK, France and Switzerland and is handling sales throughout the rest of the world.

Suzanne Mackie, whose credits include The Crown and Calendar Girls,  and Sarah-Jane Wheale are producing. The executive producers are Andy Harries and Rebecca Frayn for Left Bank; Cameron McCracken and Jenny Borgars for Pathé; Rose Garnett for BBC Films, Natascha Wharton for the BFI; and Andrea Scarso for Ingenious.

The story is based on the 1970 Miss World competition, hosted by Bob Hope in London. The live broadcast, watched by more than 100 million viewers at the time, was interrupted by a stage invasion from the Women’s Liberation Movement. There was further controversy when the surprise winner was Miss Grenada, the first black woman to be crowned Miss World.