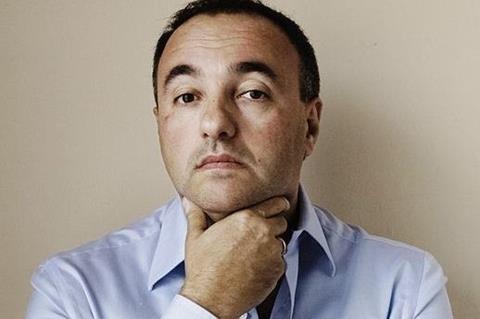 Alexander Rodnyansky, producer of Cannes and Golden Globe winner Leviathan, is travelling back to the mid-19th century for his next project, Duellist, to be made by Non Stop Productions.

The cast already includes French actress Fanny Ardant and Russia’s Ekaterina Vilkova, who played Milady in the local adaptation of The Three Musketeers (2013).

French actor Vincent Cassel or the Russian actor Vladimir Mashkov - known recently to Western audiences for his appearance in Mission: Impossible - Ghost Protocol - are being considered for the title role of the duellist who takes on duels for money in a bid to clear his name from injustice.

Separately, producer Anatoly Maximov of Direktsiya Kino explained in his pitch that the current ¨complex financial situation¨ had led the $15.5m (RUB 900m) production of Viking having to dispense with the involvement of Western specialists and change the film’s locations.

Russian superstar Danila Kozlovsky is attached to headline the historical drama set in the early Middle Ages, which is being billed as Russia’s answer to Game of Thrones.

The Cinema Fund’s public pitching in front of representatives from the Russian Federation’s Ministry of Culture, distributors Walt Disney Sony Pictures, 20th Century Fox, and the CTC TV channel, among others, also included: another instalment in the Three Heroes animation franchise by Sergey Selyanov’s CTB Film Company; Studio TriTe’s sports film about the Soviet Union’s triumph over the SA in the basketball finals at the 1972 Munich Olympics; and Art Pictures’ Beirut based on true events surrounding the kidnapping of Soviet diplomats in the Lebanese capital in 1985.

The supernatural horror is Khvaleev’s second feature after The Random (2012). He is also known internationally as one half of the electronic dance duo Moonbeam with his brother Vitaly.