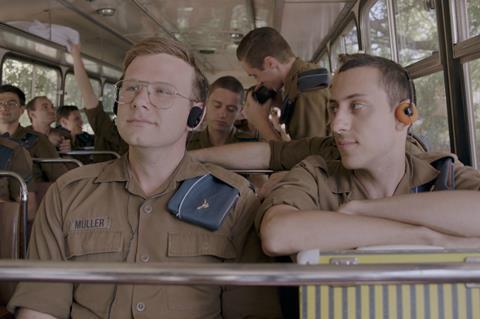 Set in 1985 in the midst of apartheid, the film follows Johan, whose love for Boy George and Depeche Mode lands him a place in the South African Defence Force’s Choir known as the ‘Canaries’.

During a nationwide tour to promote the military effort against the white leadership’s perceived enemies, Johan finds love on the battlefield and is forced to confront his long-repressed sexuality.

Christiaan Olwagen directed the Marche Media production from a screenplay he co-wrote with Charl-Johan Lingenfelder. Jaco Smit served as producer and Roelof Storm is the executive producer.

Kanarie received held its world premiere at the Inside Out Toronto LGBT Film Festival, and its US premiere at Outfest, before going on to win awards on the festival circuit.