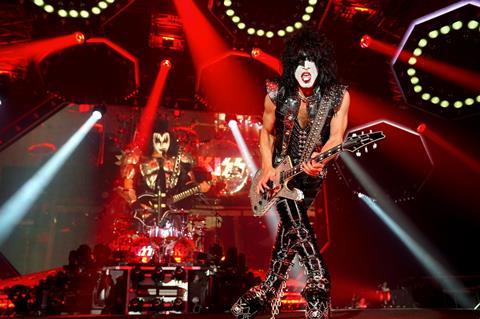 A performance by rock bank KISS will open the Tribeca TV section as Tribeca heads announced on Thursday (April 29) the line-up of new and returning TV series, new indie episodic storytelling, in Tribeca NOW and an industry-facing Creators Market from June 9-20.

The live appearance by KISS will follow the world premiere screening of A&E Biography: KISStory.

In its 20th anniversary year Tribeca will host the world premiere screening of National Geographic TV’s documentary series, 9/11 in partnership with the National September 11 Memorial & Museum.

The Tribeca Creators Market is a private industry pitch market for select emerging creators within the feature, episodic, immersive, games and podcast space and runs virtually on June 15 and 16.

The 2020 Tribeca Pilot Season Program and NOW selections will screen at the 2021 festival and include five pilots and 10 NOW projects.

“When we launched Tribeca TV five years ago, we created space within the film festival to recognize the incredible, boundary-pushing work being done by filmmakers in the episodic format as official festival selections,” said festival director and VP of programming Cara Cusumano. “In a year defined by at-home entertainment, we are proud to continue that tradition with an exciting Tribeca TV lineup of new series from today’s top storytellers and unique new voices.”