The first scores are in from Screen’s 2017 Cannes jury of critics. 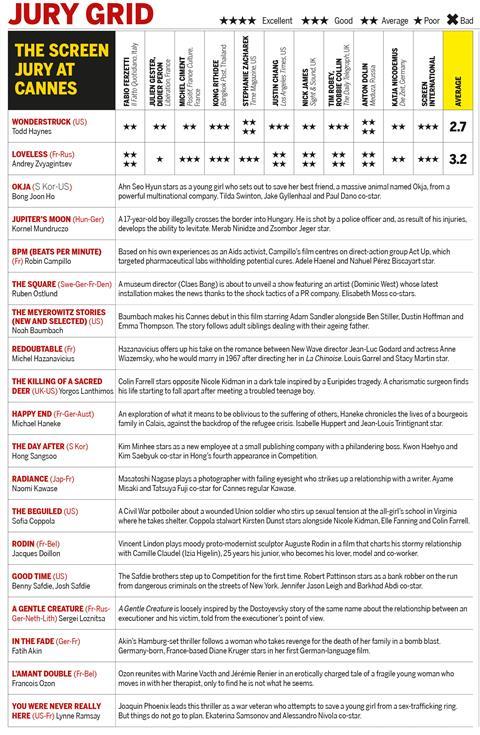 Andrey Zvyagintsev’s drama Loveless made a strong bow on Screen’s 2017 Cannes jury grid, impressing our critics with a score of 3.2 from a possible 4.

Four of the jury were impressed enough by the film to give it the full four stars out of four. Julien Gester and Didier Peron went against the tide, however, awarding it a solitary one star.

The second debutant on the jury grid today was Todd Haynes’ Wonderstruck, which also attracted a decent score of 2.7.