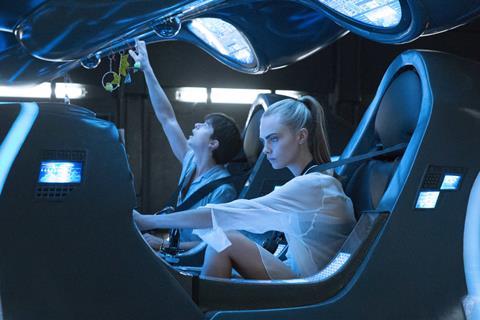 Luc Besson’s Paris-based film production and distribution company EuropaCorp has responded to press and market rumours revolving around its future as it restructures its business to rein in spiralling debts.

In a statement, posted on the company website early evening Tuesday, the company said it was sticking to a strategy first announced last November of refocusing on its core business of production, distribution and international sales.

The company added that in keeping with this plan the group had already announced the sale of certain non-strategic assets as well as a redundancy plan.

The company also responded to rumours that it was in the throes of negotiating with different potential partners ways to increase its capital.

“The Group confirms that it has started discussions with various financial and, or business partners in order to reinforce its financial capacities,” the statement said.

EuropaCorp did not comment on any of the many rumours circulating regarding potential partners, including Tarak Ben Ammar, French broadcaster TF1, new audiovisual investment platform Mediawan, and Lionsgate, or that it had to seal a deal by the end of the French financial year, on March 30.

“These discussions are in progress and will last as long as needed, the structure of a potential deal is not decided and none of the potential partners have exclusivity yet,” the statement said.

In spite of the worse-than-expected global performance its recent films, EuropaCorp still came out as France’s top film exporter in 2017 in terms of the international box office achieved by the French majority and minority French productions on it sales slate.

Valerian came in as France’s top export with 31.4m admissions worldwide although this paled in comparison to the performance of its past English-language blockbusters Lucy and Taken 3.