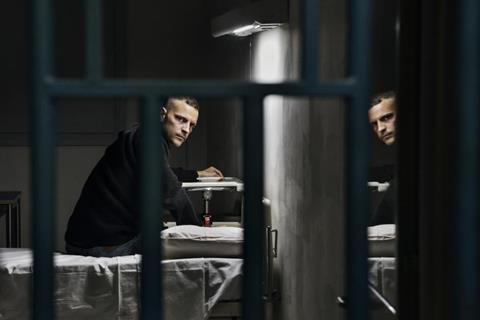 Sulla Mia Pelle (On My Skin)

Italian production and distribution company Lucky Red has rejected criticism from exhibitors regarding the simultaneous distribution of its Venice title Sulla mia pelle (On My Skin) on Netflix and in select theatres.

A few days after Alberto Barbera unveiled the complete programme of the 75th Venice Film Festival, Italian exhibitors issued a press release criticising the practice of simultaneously distributing movies both online and in theatres without having shared the strategy in advance with the theatres associations.

On My Skin is the only film in the festival that qualifies for the controversy, though the press release didn’t mention it by name. Directed by Alessio Cremonini, it’s the story of the infamous deadly aggression by the Italian police towards Stefano Cucchi, starring Fortunata duo Alessandro Borghi and Jasmine Trinca.

Lucky Red boss Andrea Occhipinti responded to criticism in a statement: “According to us, proposing exhibitors to play the film in their cinema simultaneously to the streaming release… is a big opportunity. This is not an imposition, it’s a choice.”

It adds: ”Every exhibitor will be free to choose to play or not the film in their theatre. We are investigating with all of them what’s the best release plan and consequently we will make a decision.”

Rights for the title have been acquired by Netflix for 190 countries including Italy, but it will also be distributed by Lucky Red (which also produced it together with Cinemaundici) in a small number of selected theatres not aligned with their national associations on the same day it debuts online (September 12).

Anec and Anem (the national associations representing exhibitors and multiplexes in Italy) have questioned this new distribution strategy, arguing that it does not benefit all stakeholders financially.

In a separate press release, the national association of essai theatres together with the association of catholic theatres and cinema auteurs (ANAC) blamed the festival for showing in competition movies that won’t be screened in cinemas such as Alfonso Cuaron’s ROMA, already rejected by Cannes for the same reason.

The Venice Film Festival has been caught in the middle of the argument. Unlike for the Cannes Film Festival, there are no rules or laws prohibiting the Lido from screening titles distributed only in streaming or both in theatres and digitally.

This is also not the first time that a Netflix title has simultaneously opened in Italian theatres and online, as noted by Lucky Red; German comedy Look Who’s Back already did it in 2016.

From September 12th “Sulla mia pelle” will be available on Netflix in more than 190 countries, in addition to Italy.

It’s an extraordinary event that the story of Stefano Cucchi can be told all over the world. For its high-quality production and the important story that it tells, it’s really important that this film can reach such a big audience.

We are really proud that “Sulla mia pelle” was selected by Alberto Barbera to open the Orizzonti section and that Netflix acquired it. This is the proof we produced a great film.

According to us, proposing exhibitors to play the film in their cinema simultaneously to the streaming release (as it happens for many alternative contents that are distributed on other services too) is a big opportunity.

This is not an imposition, it’s a choice. It’s an opportunity for the audience: the possibility to watch the film on the big screen, too.

We are not “escaping into the future”. We believe in cinema, in its central role and in its future. During our 30 years in business, we have been always coherent and we proved it with our direct and indirect investments.

In terms of alternative contents, the simultaneous release in cinema and streaming on Netflix has already happened: it’s not new for our film dedicated to Cucchi.

Moreover the main cast, first of all Alessandro Borghi, will be happy to do Q&As in Italian theatres, in order to open a debate on such an important topic.

Every exhibitor will be free to choose to play or not the film in their theatre. We are investigating with all of them what’s the best release plan and consequently we will make a decision. The last thing we want is to penalize the relationship between audience and cinema. Every day, from the beginning, we have always worked in this direction.