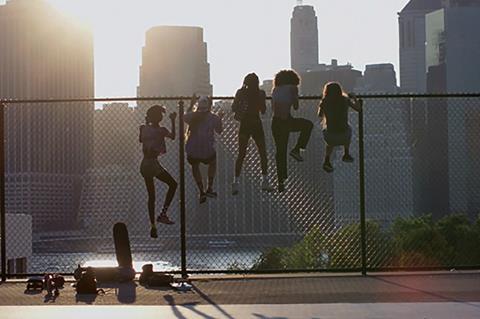 The film premiered in Park City last month and paints a boisterous picture of a Long Island teenager whose life changes when she befriends a group of female skateboarders in New York. Magnolia plans a theatrical release this summer.

The Bow and Arrow Entertainment and RT Features presentation was made in association with Pulse Films and Kotva Films.

“Crystal Moselle has proven in impressive style that The Wolfpack was no fluke,” Magnolia president Eamonn Bowles, who distributed the earlier film, said.

“Everything about Skate Kitchen is so fresh and compelling – the cast, the skateboarding and the way she makes us look at New York City with new eyes.”

“After a successful and adventurous release of The Wolfpack, I am incredibly excited to work with Magnolia on the release of Skate Kitchen,” Moselle said. “It’s a film that I know they completely get and I can’t wait to collaborate again.”