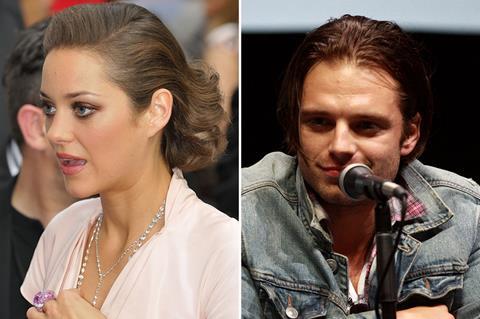 Marion Cotillard has left the female-led spy thriller 355 and Marvel Cinematic Universe star Sebastian Stan and Edgar Ramirez have joined the cast ahead of a production start in Paris on July 8.

Cotillard is understood to have pulled out due to personal reasons. Unusually for the star, she is also is not present in a film in Official Selection in Cannes. However it recently emerged that she will produce the environmental documentary Bigger Than Us, which Indie Sales is handling.

The high-octane 355 features previously announced Jessica Chastain, Lupita Nyong’o, Penelope Cruz, and Fan Bingbing – in her first big film since she fell foul of Chinese authorities when she was embroiled in a tax evasion scandal last year.

FilmNation launched pre-sales in Cannes last year and landed a splashy US deal with Universal. Simon Kinberg will direct from a screenplay by Theresa Rebeck, and Freckle Films’ Chastain and Kelly Carmichael will produce alongside Kinberg.

Besides Paris, 355 is scheduled to shoot in London and Morocco. The story centres on international female spies who overcome their initial suspicions of each other and team up to stop a diabolical plot.