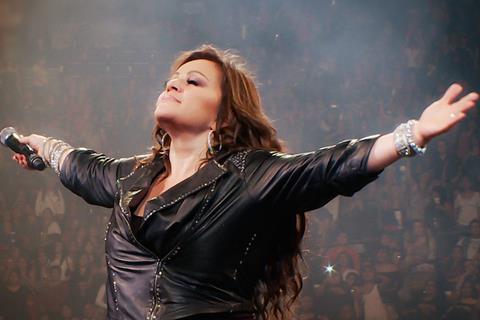 Javier Chapa and Simon Wise of Mucho Mas Media and De Line have secured life rights from Jenni Rivera Enterprises to the late celebrity, whose flair for regional Mexican music, in particular the male-dominated music genre Banda Ranchera style and pop music, earned her a widespread following among Spanish-speaking and US fans.

The California-born Latin Grammy nominee was 43 and according to Billboard the most successful woman on the Billboard Latin charts when she died in a plane crash in Mexico in December 2012.

Besides her music career, Rivera was a spokesperson for the National Coalition Against Domestic Violence. Sources said the film will highlight the qualities of perseverance and drive that powered her to success. Kate Lanier who wrote What’s Love Got To Do With It, will write the screenplay.

“My sister dreamt of a biopic of her life for many years, we are thrilled it will come to fruition,” said Rosie Rivera. “We never imagined such an amazing producing and writing team like Donald De Line and Kate Lanier would join together with us to help make her dream a reality. We are overjoyed and excited to begin this process. It’s taken time to get here because we had to trust Jenni’s story in the right hands – and we are confident that we made the best partnership with Mucho Mas Media and this creative team.”

“Jenni’s story is one that deserves to be told and will resonate not only with those who continue to call themselves fans, but with those who are passionate about stories that address the struggles and triumphs of women – across cultures – who are pursuing their best lives,” said De Line.

“Jenni’s impact was felt during her life and continues on in her legacy,” said Chapa and Wise of Los Angeles-based Mucho Mas Media partners. “The film will honor her artistry and commitment to inspire and help people of all cultures to accomplish their dreams.”

Anjelica Cohn negotiated the project on behalf of Jenni Rivera Enterprises, her family and the producers. Bob Hohman of The Gersh Agency represented Lanier.