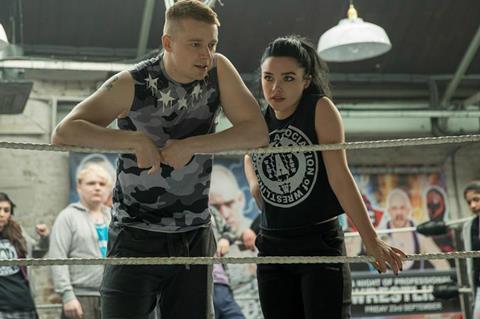 Fighting With My Family

Martin Kelley will work closely with the company’s executive leaders and develop and execute strategic communications programmes across all divisions including, corporate, film, television, global sales and distribution and digital/social media.

MGM currently has Fighting With My Family (pictured) in release in North America, starring Florence Pugh and directed by Stephen Merchant.

“We’re thrilled to welcome Katie to MGM, and look forward to benefiting from her many years of experience as a leading communications and publicity professional,” said Brearton. “Katie truly understands MGM’s mission to be Hollywood’s leading independent content company. With her unmatched knowledge of the industry, I am confident that she will be an invaluable addition to our leadership team as we continue to execute on our strategic growth plans.”

She spearheaded Oscar campaigns for The Wolf Of Wall Street, Arrival, Fences, Nebraska, The Big Short, Selma, The Fighter, True Grit, Hugo Cabret, and Up In The Air.

In her corporate role, Martin Kelley worked with all divisions of the studio to support and execute the studio’s ongoing communication objectives. She most recently served as publicity consultant for Plan B Entertainment on their films Beautiful Boy, If Beale Street Could Talk, and Vice.